SCATSAT-1 & Seven Smallsats Travel With Alacrity To Their Slots

The Indian SCATSAT-1 satellite and seven smallsats have been successfully placed into orbit by the ISRO, being impelled to their designed slots by the organization's PSLV rocket. 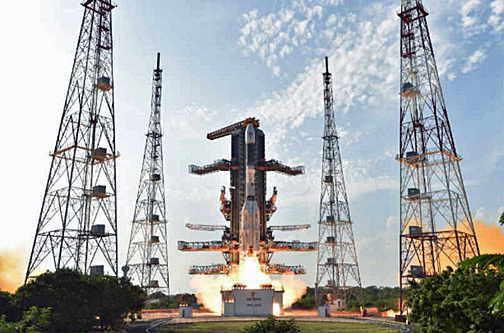 The ISRO PSLV launch of India's SCATSAT-1 and seven smallsats.
Photo is courtesy of ISRO.

SCATSAT-1, a weather satellite with a five year mission life, is a follow-on mission for the country's Oceansat-2 and improvements were made in this craft's hardware configuration. The improvements were based on the lessons learned while operating the instruments aboard Oceansat-2. SCATSAT-1 has the goal of achieving reliable and viable data for Climate Data Records in addition to the facilitation of routine meteorological applications such as providing wind vector data products for weather forecasting, cyclone detection and tracking services for users. The satellite carries a Ku-band scatterometer similar to the one onboard Oceansat-2.

Seventeen minutes into the flight, The 371 kg SCATSAT-1 was injected into a 730 km polar sun synchronous orbit after 17 minutes of flight time. The remaining seven satellites will be placed in a 689 km polar orbit later and they include five foreign satellites: three from Algeria (Alsat-1B 103 kg, Alsat-2B 117 kg, Alsat-1N 7kg), and one each from Canada (NLS-19, 8 kg) and US (Pathfinder-44 kg). Two additional Indian satellites were also aboard: Pratham (10 kg), built by Indian Institute of Technology-Bombay (IIT-B), and Pisat (5.25 kg) from PES University, Bengaluru and their consortium. 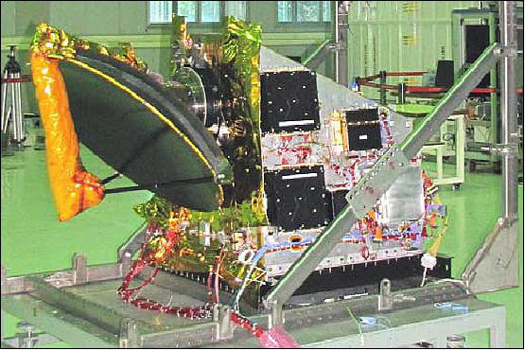 The Pratham mission is to estimate the total electron count with a resolution of 1 km x 1 km location grid, while Pisat is for remote sensing applications. After placing SCATSAT-1 into orbit, the rocket’s fourth stage was restarted one hour and 22 minutes into the flight and then cut off approximately 20 seconds later. Two hours and 11 minutes into the flight, the fourth stage was restarted to be cut off one minute later. Following that, in three minutes, all seven of the satellites were ejected closing out PSLV’s longest mission to date. The PSLV rocket is a four stage engine rocket powered by solid and liquid fuel alternatively.

Vikram Sarabhai Space Centre (VSSC) director K. Sivan stated that the long time gap between the cutting off of the engine and the engine restart was not an issue. Sivan said the first time the multiple burn technology was first tested by ISRO was while flying the PSLV rocket on December 16, 2015, and the again in June of 2016, the technology was again demonstrated. About this challenge, Sivan stated that after cutting off the engine, its condition was brought to an appropriate stage to enable the restart. The next challenge is to control the engine and bringing it to the correct position to eject the remaining satellites into a different orbit. He added that the rocket has GPS aided navigation system so that data generated by the rocket’s inertial navigation system and the GPS system could be blended to erase any errors and to generate precise data.

According to the ISRO, the two Algerian satellites Alsat-1B and Alsat-2B are remote sensing satellites, while Alsat-1N is a technology demonstration smallsat for Algerian students. The US satellite Pathfinder-1 is a commercial, high resolution, imaging smallsat, while the Canadian NLS-19 satellite is a technology demonstration smallsat for experimentation in helping to reduce space debris and for tracking commercial aircraft.