Cygnus spacecraft is successfully on its way to the International Space Station carrying the enhanced Pressurized Cargo Module (PCM) developed by Thales Alenia Space which delivers 3,729 kg of cargo in a total volume of 27 cubic meters. 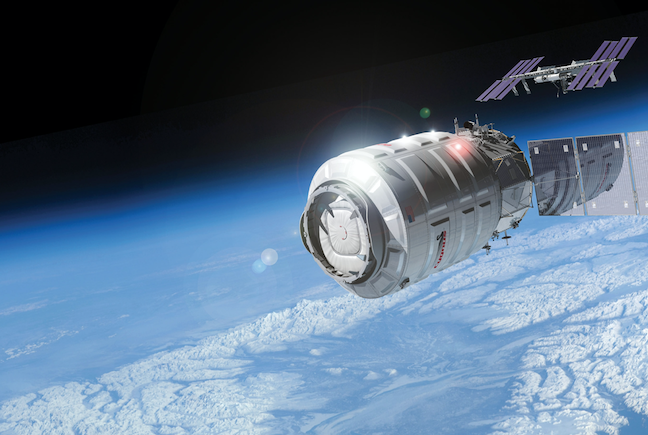 The Cygnus spacecraft, dedicated to delivering cargo to the International Space Station (ISS), has been successfully launched by an Antares rocket from Wallops Island, Virginia at NASA’s Wallops Flight Facility on its twelfth operational mission.

The enhanced PCM flown on this mission continues support of the new late-load capability demonstrated on the 11th mission as well as increasing the power and data capabilities for science payloads. Previously, all cargos had to be loaded into the module about four days prior to launch. This new capability will allow time-sensitive science experiments to be loaded into Cygnus just 24 hours before the liftoff.

A raft of new experiments onboard

Each resupply mission to the station delivers scientific investigations in the areas of biology and biotechnology, Earth and space sciences, physical sciences, and technology development and demonstrations. The newly launched spacecraft is carrying a raft of experiments such as LIDAL (Light Ion Detector for Altea) from the Italian space agency (ASI), which aims to monitor radiation onboard the ISS and thus help to develop solutions in the near future to mitigate its collateral effects. 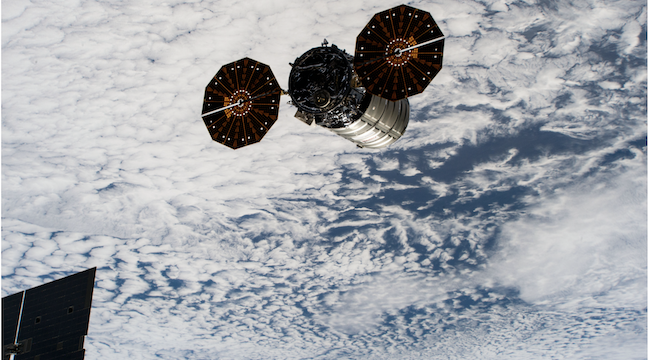 Cygnus’s PCM is also carrying the Magnetic Spectrometer-02 experiment, designed to look for evidence of dark, strange and anti-matter and gain fresh insights into how the universe was formed. Tests performed with AstroRad, a special vest designed to protect astronauts from radiation, will also protect crew members on future missions to the Moon and Mars. And the Zero-G Oven experiment will examine heat transfer properties as well as the ability to bake food in microgravity—something that will change the life of astronauts on future long-duration missions.

Cygnus’s PCM is also carrying a telerobotics experiment to be operated by ESA astronaut Luca Parmitano in orbit. Dubbed Analog-1, this experiment will see Luca Parmitano operating a rover from orbit to collect scientific samples of lunar rock. The astronaut will be supported by a team at Europe’s astronaut center in Cologne, Germany, acting as mission control; he will therefore be able to feel what a dedicated rover named Interact feels using the haptic-feedback technology developed by ESA’s Telerobotics Laboratory, with the engineering support of Thales Alenia Space.

Thales Alenia Space has supplied cargo modules to Northrop Grumman since the start of the Cygnus program. The first contract in 2009 was for the delivery of nine modules, while a second contract in 2016 added nine more. Twelve operational PCMs plus a demo module have been launched to date, four in the original version and nine in the enhanced version. Built by Thales Alenia Space using a new friction-welding system, the new lighter module features a more efficient design able to accommodate more payload weight and volume, as well as nonstandard cargos.

Pioneering the future of space exploration

Thales stresses that this launch further confirms the company’s ongoing contribution to the success of Cygnus cargo missions and its ability to support future space exploration missions, bringing its expertise to expand the frontiers of knowledge.