[SatNews] This is only the fifth organization that is licensed to provide high-resolution space-based imagery of Earth.

After much anticipation, Skybox Imaging (NSG: SKYB) of Mountain View, California today launched the company’s first satellite (SkySat-1) into orbit. The success of this launch on a Russian Dnepr vehicle led NSG Analysts to improve Skybox’s ranking from #12 to #7 on the NSG 100 index. 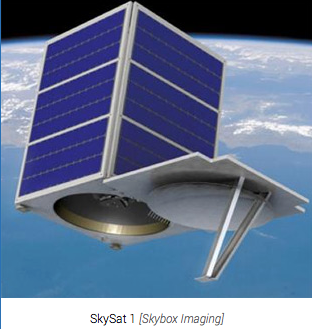 SkySat-1 is a commercial Earth observation satellite by Skybox Imaging, licensed to collect high resolution panchromatic and multispectral images of the Earth. The satellite will operate in a polar inclined, circular orbit at approximately 450 km above the earth.

For later launches, Skybox reportedly has an agreement with Virgin Galactic to use the LauncherOne rocket.