[SatNews] the satellite based navigation and timing system he created needs to be made more robust to ensure that... 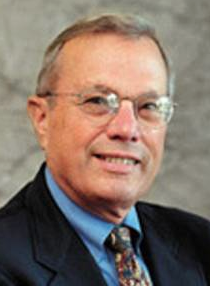 Bradford Parkinson is an American engineer and inventor, and United States Air Force colonel best known as the father of the Global Positioning System.

Prof Brad Parkinson, the chief architect of GPS, will today tell a UK conference that the satellite based navigation and timing system he created needs to be made more robust to ensure that position, navigation, and time (PNT) are available for all users, worldwide. Parkinson is the keynote speaker at GNSS Vulnerabilities and Resilient PNT 2014, jointly hosted by the Positioning, Navigation and Timing (PNT) Group of the ICT Knowledge Transfer Network and the Royal Institute of Navigation, and held at the UK’s National Physical Laboratory in Teddington.

His concerns over GPS availability relate to a number of present day threats including the loss of authorized frequency spectrum (thereby creating licensed jammers), space weather due to hyperactive ionospheric conditions and deliberate or inadvertent jamming of the GPS signals. To address these threats Parkinson will propose a three stage program he has named 'PTA' to:

To support his proposal Prof. Parkinson says: "The number one need for all GPS or Galileo users is availability. Over the years manufacturers of signal receiver technologies have focused too much on sensitivity and not enough on resilience or robustness. The maritime industry is a particular concern where users have taken GPS for granted. They must increase preparedness and backups as they do in aviation or other GNSS using industries. Even today, most ships have only GPS and the vision of their crew to guide them when approaching harbours. As you can see from today’s conference there are a wealth of solutions to toughen and backup GPS, many of which are not technologically difficult nor expensive, but still their adoption in sectors such as global shipping is certainly not adequate."

The conference will also hear from the SENTINEL project on the first recorded seizures of new, second generation signal jammers from crime scenes in the UK. These devices are considerably more powerful than any previously recorded, with ranges extending several miles, depending on the terrain. They are also capable of disrupting not only the US owned GPS service, but also various other PNT signal frequencies simultaneously, including all those provided by Europe's GPS alternative, Galileo.

As well as exploring the threats to GNSS systems from man-made jammers or natural events such as solar weather, GNSS Vulnerabilities and Resilient PNT 2014 will also look at the latest technologies developed, or in development to support systems such as GPS and defend or mitigate against the threats it faces. They include:

Bob Cockshott, Director of Position, Navigation and Timing at the ICT Knowledge Transfer Network and organiser of the conference says: "The UK's pioneering research into the risks and origin of GNSS disruption are telling us this problem is not going anyway and in fact there is an increasing use of ever more powerful devices. It's clear that we cannot rely on our space infrastructure alone for all our positioning and timing needs going forward. Fortunately in the UK we have an extremely healthy and innovative group of academics and businesses exploring and developing a wealth of back-up options. These range from eLoran systems being rolled out today around the world, to longer term project utilising the immense power of quantum sensors in the decades to come. This growing community in the UK is leading the world in developing and complementing satellite systems, as well as growing a potentially very prosperous commercial sector for our economy going forward."

The conference will also hear the SENTINEL Project present their new report on GNSS Vulnerabilities. The report includes details of the most sophisticated jamming devices ever seized in the UK which can take out not only GPS, but all the frequencies provided by Europe's new Galileo service as well.

Prof. Charles Curry, founder of Chronos Technology, and a leader of the project said: "Our research suggests that whilst the typical “white-van man", commercial vehicle driver are using the smaller, more traditional low cost unit, it is more sophisticated organised criminal networks that are deploying these more powerful devices for use in car and lorry hijackings. As well as aiding these crimes, these new jammers are a concern because they are far more powerful than even the criminals may realise. The products we have seen for sale online generally claim around 15 metre radius of disruption, however our tests showed their jamming signal was still detectable up to a few miles away. My concern is we are not far away from 'black swan event' where one of these devices used in a crime is left switched on after being dumped and causes major disruption to critical national infrastructure."