GPS is Fatally Flawed. It’s Past Time to Fix It.


Much like the internet, America’s satellite-based Global Position System was designed to be accessed and used by all. It has immeasurably benefited mankind. 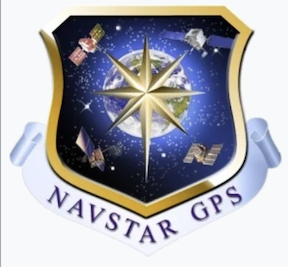 At the same time, bad actors have exploited the system's vulnerabilities for their own purposes. This poses a grave threat to our nation, which the government has long recognized but has refused to address.

Highly precise and free of charge from the government, GPS timing has become integrated into virtually every electronic system. And because GPS was America’s gift to the world, we gave away the code to access it. This has helped make it a global utility. It has also meant that GPS signals can be easily imitated and receivers convinced they are in false locations. Russia, China and Iran regularly exploit this vulnerability. Worse, equipment that has come on the market in the last several years has enabled only modestly competent hobbyists and terrorists and to be able to fool GPS also.

Then there’s also accidental interference from solar flares to worry about. These can damage satellites and charge the atmosphere preventing any remaining GPS signals from getting through for a week or more.

So, while GPS is essential to our way of life, as things stand now, it is likely we will have to do without it at some point. The good news is that this problem was foreseen, and a fix ordered to protect America’s economic and national security.

The bad news is that nothing was ever done.

GPS vulnerabilities are mostly the result of the insistence of the military, and its contractors, on making it an entirely space-based system.

In 2004 President George W. Bush ordered that a backup system be added to GPS. Several years later the government announced the establishment of a system of high powered, difficult to disrupt terrestrial signals to complement those from space. Yet, despite this announcement in 2008, and another in 2015, nothing was ever done.

Instead, military brass and big corporations lobbied for tens of billions of dollars to make marginal improvements to the space-based system such as those in the new GPS III satellites. And of those slight upgrades, almost all will only benefit military users.

Everyday Americans were left behind.

But even the expensive defense programs have done little to establish a protected military system. Much hype has been published advertising a factor of one-hundred increase in the power of the military code over a limited portion of the earth. Solving the jamming problem, however, requires a factor of one billion increase in effective power. Even after a large expenditure, the military is still a factor of ten million short. Was it worth the cost?

Our adversaries have not been so foolish.

Even as they regularly jam and deceive GPS receivers, Russia, China, Iran and others have maintained and upgraded their own terrestrial backup and complementary systems for their own satellite navigation systems.

While our homeland is incredibly vulnerable, theirs are not.

A terrestrial complement for GPS would likely cost America less than $50 million per year. This seems a substantial sum until one realizes that we already spend over a billion dollars a year to maintain the space-based portion of GPS. And we have done so for 30 years.

More importantly, the cost of the terrestrial component becomes a paltry sum when compared to the billions in damage and lost productivity we will experience when space-based GPS signals, for whatever reason, are suddenly no longer available.

A fairly inexpensive terrestrial system can act as both a backup for GPS and as an enhancement that can provide information to make the GPS even more accurate while essentially eliminating the jamming and spoofing threat.

Congress has recently made some tentative steps to forcing an unwilling bureaucracy to fulfill its long-standing commitment to do this.

But the “in-space only” interests in the Pentagon and industry are well entrenched. Even more concerning, they seem either ignorant of, or indifferent to, the danger to the nation.

It is time for Congress to stop nudging and demand the administration fix GPS and protect the nation.

Dr. Gene McCall retired as the chief scientist for Air Force Space Command at Peterson Air Force Base. He also served as Chair of the Air Force Scientific Advisory Board and as a fellow at Los Alamos National Laboratory.