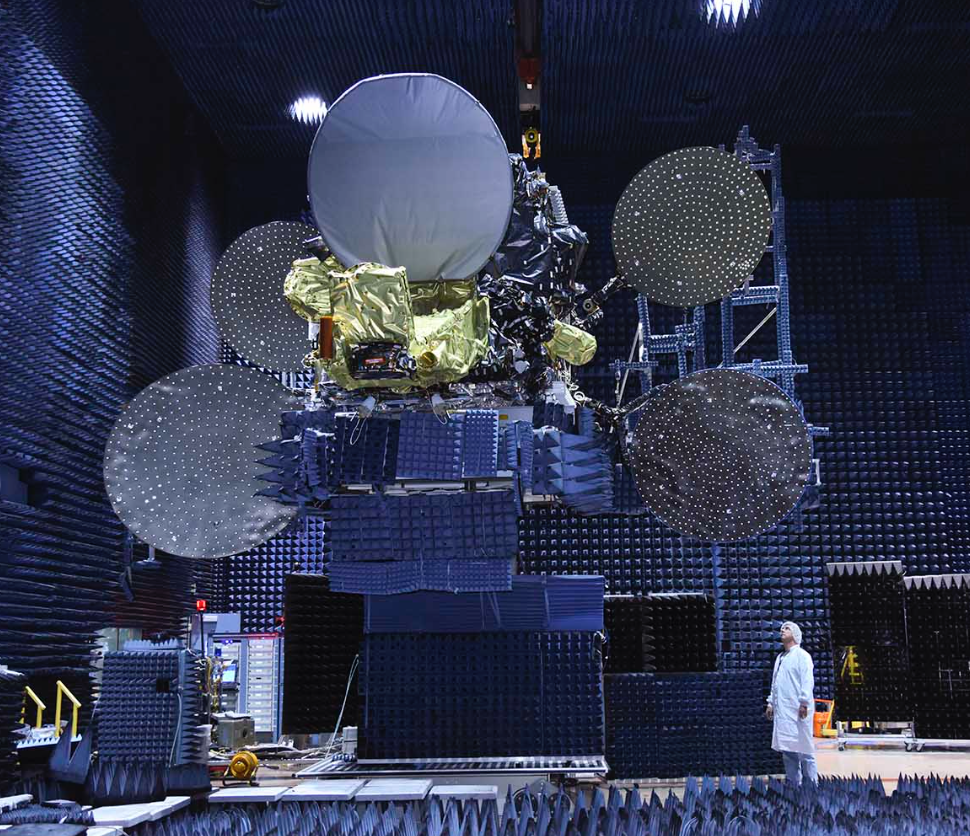 [Satnews] Space Systems Loral (SSL), a leading provider of commercial satellites, today announced that the EUTELSAT 65 West A satellite, designed and built for Eutelsat, one of the world’s leading satellite operators, has arrived at the European Spaceport in Kourou, French Guiana, where it will be launched aboard an Ariane 5 launch vehicle by Arianespace. The advanced high throughput satellite will be used by Eutelsat to provide new broadcast and broadband services in Brazil and across Latin America.

“EUTELSAT 65 West A is an exceptional and complex satellite with advanced capabilities that will bring information, entertainment and new opportunities to Latin America and to Brazil in an Olympic year,” said John Celli, president of SSL. “It is our pleasure to collaborate closely with the Eutelsat team, which shares our focus on innovation and performance.”

EUTELSAT 65 West A has 10 C-band and 24 Ku-band transponders, for video and data services and 24 Ka-band spot beams for broadband connectivity in key regions. The satellite is designed to provide approximately 16-kW of power at end of life.

EUTELSAT 65 West A is based on the powerful SSL 1300 platform, which provides high-power and the flexibility to support a broad range of applications and technology advances. The satellite, which is designed to provide service for 15 years or more, will be located at 65 degrees West longitude.