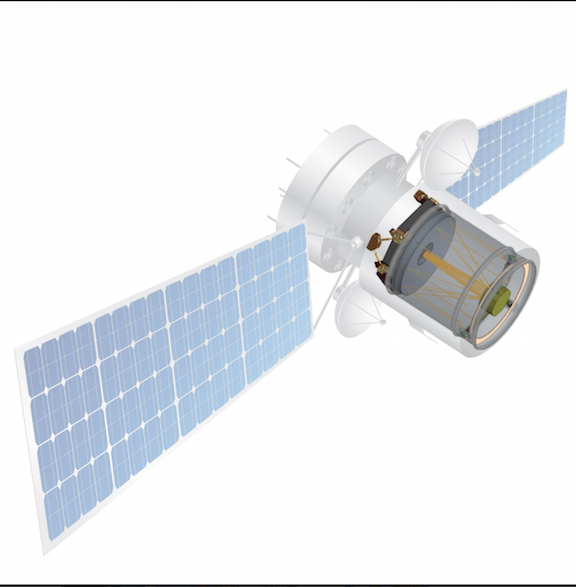 It was launched and sent up with a camera. Now word comes that the work is just beginning

Spaceflight Industries has revealed some of the first photos captured by its BlackSky Pathfinder-1 satellite after a successful launch on September 26 from Satish Dhawan Space Center in Sriharikota, India.

Spaceflight Industries built and launched Pathfinder-1 and also operates the spacecraft with its command and control system, which includes ground stations and constellation management software. Weighing in at 50 kg and costing under $10M to build and launch. The spacecraft is equipped with a SpaceView 24™ imaging telescope, built by Harris Corporation (NYSE:HRS), allowing it to image an area approximately 30 square kilometers at high resolution.

Jason Andrews, chief executive officer of Spaceflight Industries said, “The preliminary results we’ve achieved thus far have fulfilled our expectations and point to the magnitude at which BlackSky’s 60-satellite constellation will be able to inform global decision-making. Through Pathfinder-1, which has been a total success, we have proven out our overall business plan and system architecture, and are on track to revolutionize our understanding of the world.”

Following the launch, the Spaceflight Industries’ operations team has conducted extensive spacecraft level testing and is currently in the process of working through payload calibration as well as transitioning to automated operations. Pathfinder-1 is presently operating in a 690 km circular orbit because it was launched as a rideshare spacecraft, while the BlackSky constellation will operate at 450 km.

Andrews added, “Even at this altitude we are pleased with the detail and performance, which validates our ability to look at major drivers of our economy. Each Pathfinder-1 image has millions of pixels and captures an area that is 10 km across. Poking around the planet and looking at whatever you want, when you want, is a powerful thing.”

Images from Pathfinder-1 and the follow-on 60-satellite BlackSky constellation will provide a rapid revisit rate with the ability to pass over key zones hourly, making images fresher and at an unmatched low cost of approximately $90 per image. Pathfinder-1 will be joined by Pathfinder-2, which is scheduled to launch in early 2017, to expand system demonstrations and technology validation.