[SatNews] The Company now has a backlog of orders worth more than €4.5 billion, and holds 60 percent of the commercial launch market.

During World Satellite Business Week in Paris, from September 8 to 12, 2014, Arianespace is announcing four new contracts for satellites to be launched by Ariane 5 ECA. These latest orders bring the number of commercial and governmental launch contracts signed to date this year to 11, including six satellites to be launched by Ariane 5 ECA and three dedicated Ariane launches. Arianespace's dynamic business performance clearly confirms its global leadership, with a 60 percent market share for commercial satellite launches.

All of these launch contracts are for smaller geostationary satellites (from 3,300 to 3,500 kg at launch), which will be placed in the lower position for Ariane 5 dual launches into geostationary orbit. This enables Arianespace to balance its launch manifest with the heavier satellites already in the order book, which are placed in the upper position for these launches. 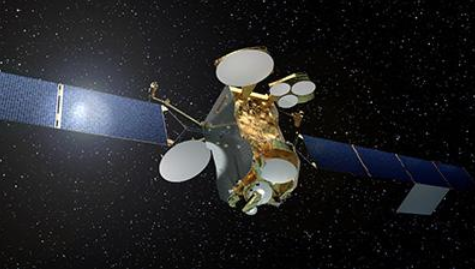 Arianespace has already announced the launch contracts for Brisat with BRI, and with Eutelsat for the Eutelsat 172B, an "all-electric" satellite. Since the beginning of the year, including government orders, Arianespace has signed a total of 11 launch contracts. If the two contract negotiations now under way are successfully completed, Arianespace will have signed 13 contracts since the beginning of the year.

Arianespace now has a backlog of orders worth more than €4.5 billion, and holds 60 percent of the commercial launch market.

To keep pace with this exceptional backlog of orders, Arianespace has secured its procurement of launchers to meet all requirements until 2019, and has stepped up its launch rate from the Guiana Space Center. Arianespace has also launched a competitiveness improvement project, applying a continuous improvement approach that addresses its customers' expectations and the evolving marketplace. The primary aim of this initiative is to reduce costs for the entire European launcher industry, by working closely with both government and industry partners.

"We are very honored by our customers' renewed confidence, as well as the new customers we have added to our clientele," said Stéphane Israël, Chairman and CEO of Arianespace. "The eleven contracts signed so far this year, and the two exclusive negotiations under way, clearly demonstrate the pertinence of Arianespace's product offering, which strikes an optimum balance between reliability, availability and cost."

And So With Successful Launches Comes The Forging Of Relationships... 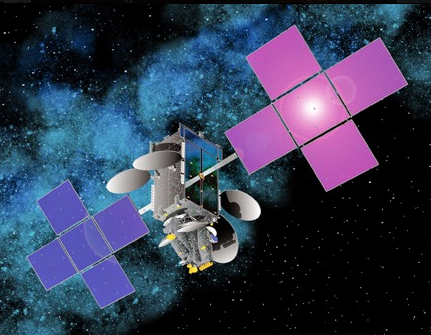 Weighing 3.4 metric tons at launch, Intelsat 36 will be injected into geostationary transfer orbit by an Ariane 5 ECA (see above right), a workhorse and reliable heavy lift vehicle, during the third quarter of 2016. The launch will take place at the Guiana Space Center, Europe's Spaceport in Kourou, French Guiana.

Intelsat 36 will be built by Space Systems/Loral (SSL) of Palo Alto, Calif. Based on SSL’s 1300 platform, the payload will enable media and content distribution services in Africa and South Asia.

“As part of our long term partnership, we are very honored to be entrusted yet again by Intelsat with launching this new satellite. Our longstanding relationship goes back three decades, to practically the inception of our company. IS-36 will be the 55th satellite that we will have launched for Intelsat,” said Stephane Israel, Chairman & CEO of Arianespace.

KTsat has chosen Arianespace to launch its next telecommunications satellite, Koreasat 7, the third satellite from the South Korean operator to be launched by Arianespace. The Koreasat 7 satellite will be boosted into a geostationary transfer orbit (GTO) by an Ariane 5 rocket from the Guiana Space Center, Europe's Spaceport in French Guiana, in 2016. 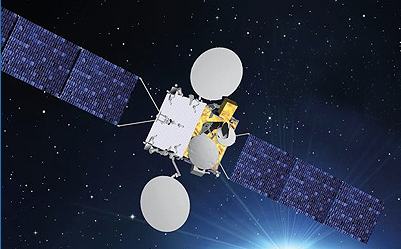 Koreasat is the third satellite that Arianespace will have launched for KTsat, following Koreasat 3 in 1999 and Koreasat 6 in 2010. Arianespace launched another Korean satellite in 2010, COMS, a multi-mission spacecraft for the Korean space agency, Korea Aerospace Research Institute (KARI).

Koreasat 7 will be built by Thales Alenia Space. Weighing about 3,500 kg at launch, and offering payload power of approximately 7kW, Koreasat-7 will be fitted with Ku- and Ka-band transponders. Its coverage zone will include Korea, the Philippines, Indonesia and India. Positioned at 113 degrees East, Koreasat 7 will provide broadcasting and telecommunications services.

Commenting on this latest contract, Arianespace Chairman and CEO Stéphane Israël said: "I would like to thank the operator KTsat for having once again chosen Arianespace, confirming the quality and competitiveness of our launch services. Their selection also reflects the mutual trust that has been established between our two companies over the last 15 years. Arianespace is committed to offering top-flight service to Arianespace to launch JCSAT-15 for SKY Perfect JSAT satellite

For the quarter century since the launch of JCSAT-1 in 1989, SKY Perfect JSAT Corporation, and Arianespace have developed a strong and positive relationship. This new satellite will be the 29th Japanese satellite launched by Arianespace. 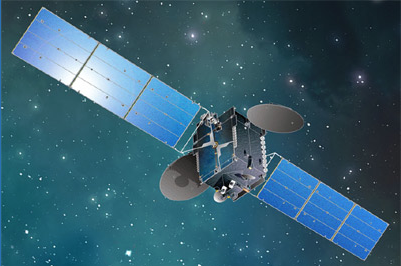 Built by Space Systems/Loral based on the SSL1300 platform, JCSAT-15 is designed for a minimum operational lifetime of 15 years. Weighing about 3,400kg at launch, main coverage of JCSAT-15 will include Japan, Oceania and the Indian Ocean.

Mr. Shinji Takada said, "We at SKY Perfect JSAT signed with Arianespace a contract to launch our JCSAT-15 satellite in 2016. JCSAT-15 will be used to broadcast our main service, the SKY PerfecTV!, multichannel pay TV service, from the 110 East geostationary position. We are grateful that we could contract with our good partner Arianespace and thus ensure the stable continuity of our broadcasting service."

Stéphane Israël said, “We are very proud and honored once again to provide the largest operater in Asia-Pacific region with our service. I would like to thank SKY Perfect JSAT Corporation for continuing to express its trust in us for almost 25 years. This contract is significant mark of confidence in Arianespace, and also clear recognition of the qulity and conpetitiveness of our launch services.”