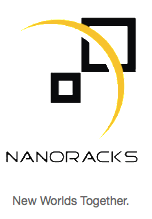 The Eagle has landed, or in this case the Dragon has docked... at the International Space Station, and with it numerous science experiments, carrying one of NanoRacks’ largest educational missions to date. The finalists were chosen from 2,498 proposals from 31 communities.

NanoRacks brought the twelfth Student Spaceflight Experiments Program (SSEP) mission to the Space Station after receiving  2,498 proposals from 31 communities. These proposals were narrowed down to 34 flight experiments, and through the whole process, engaged over 12,000 students in the aerospace experiment design process. 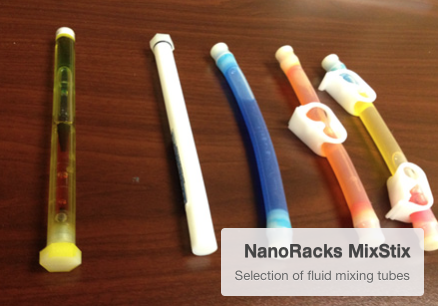 Three educational experiments from the Ramon Foundation in Israel also flew to the Space Station. The SSEP and Ramon Foundation experiments utilize NanoRacks’ MixStix research platform. MixStix are mixture enclosure tubes which allow for a wide range of research — including material, biological, chemical testing, and more.

Additionally, NanoRacks flew two experiments, ARISE and PAPELL, as a part of the Überflieger contest in partnership with DLR and DreamUp. ARISE investigates collisions and particle aggregation in space. PAPELL tests the functionality of a ferrofluid pump in microgravity. Learn more about the Überflieger program here.

The last educational experiment on board comes from the Aurora Group. Utilizing a NanoRacks NanoLab, this investigation will test the effects of the cosmic environment on gold, quartz, beryl, and opal. Named “QUANTUM,” this experiment utilizes materials with specific structures and semi-conductivity to best allow for cosmic infusion.

NanoRacks provided all of the above student research opportunities in partnership with DreamUp.

NanoRacks Senior Internal Payloads Manager, Mary Murphy said that this is such an exciting research mission for them at NanoRacks. In just one mission, they are leveraging four commercially developed platforms on the International Space Station – MixStix, NanoLabs, the NanoRacks Microscope-3, and their External Platform. NanoRacks is truly breaking ground in commercial space station utilization and they’re thrilled to be facilitating unique research opportunities for such a broad customer base.

MixStix and NanoLabs, both designed and introduced by NanoRacks, were the original commercial platforms that opened the door for affordable educational research on the International Space Station.

NanoRacks is also pleased to bring a new customer to the Space Station ecosystem. Orbital Sidekick launched “HEIST,” which will mount on the NanoRacks External Payload Platform (NREP). HEIST is set to operate a compact hyperspectral sensor system for commercial Earth observation. Satellites with hyperspectral sensors allow users to obtain global data sets with a minimum amount of resources.

With this launch, NanoRacks now has manifested over 700 payloads on missions destined for the International Space Station. This mission also marks NanoRacks 34th launch with commercial customers onboard since 2009.