It's a mega marathon's marathon when you consider that NASA's OSIRIS-REx was launched two years ago, has traveled 1.1 billion miles, and is just now beginning to slow down upon approach to its target, asteroid Bennu, with arrival scheduled for December 3. 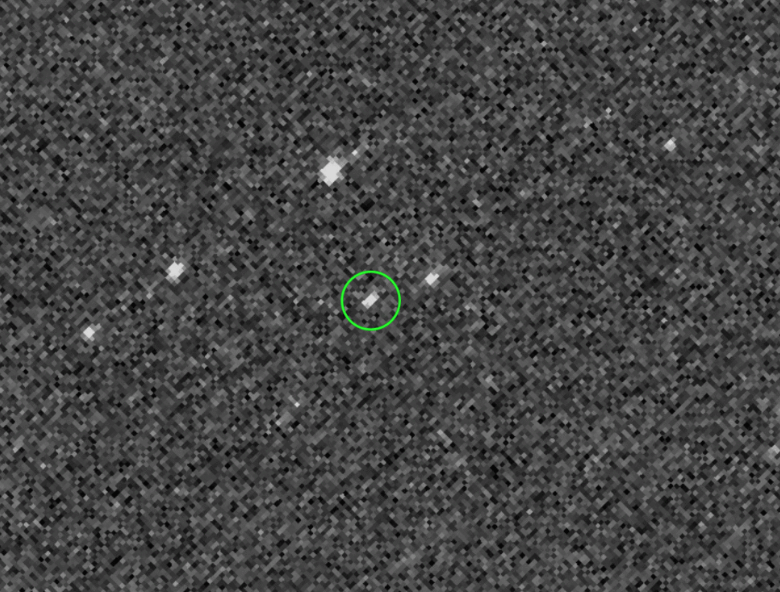 On August 17, the OSIRIS-REx spacecraft obtained the first images of its target asteroid Bennu from a distance of 1.4 million miles (2.2 million km), or almost six times the distance between the Earth and Moon. This cropped set of five images was obtained by the PolyCam camera over the course of an hour for calibration purposes and in order to assist the mission’s navigation team with optical navigation efforts. Bennu is visible as a moving object against the stars in the constellation Serpens.
Credits: NASA/Goddard/University of Arizona

OSIRIS-REx is NASA’s first mission to visit a near-Earth asteroid, survey the surface, collect a sample and deliver it safely back to Earth. The spacecraft has traveled approximately 1.1 billion miles (1.8 billion km) since its September 8, 2016, launch and is scheduled to arrive at Bennu on December 3.

“Now that OSIRIS-REx is close enough to observe Bennu, the mission team will spend the next few months learning as much as possible about Bennu’s size, shape, surface features, and surroundings before the spacecraft arrives at the asteroid,” said Dante Lauretta, OSIRIS-REx principal investigator at the University of Arizona, Tucson. “After spending so long planning for this moment, I can’t wait to see what Bennu reveals to us.”

As OSIRIS-REx approaches the asteroid, the spacecraft will use its science instruments to gather information about Bennu and prepare for arrival. The spacecraft’s science payload comprises the OCAMS camera suite (PolyCam, MapCam, and SamCam), the OTES thermal spectrometer, the OVIRS visible and infrared spectrometer, the OLA laser altimeter, and the REXIS x-ray spectrometer. 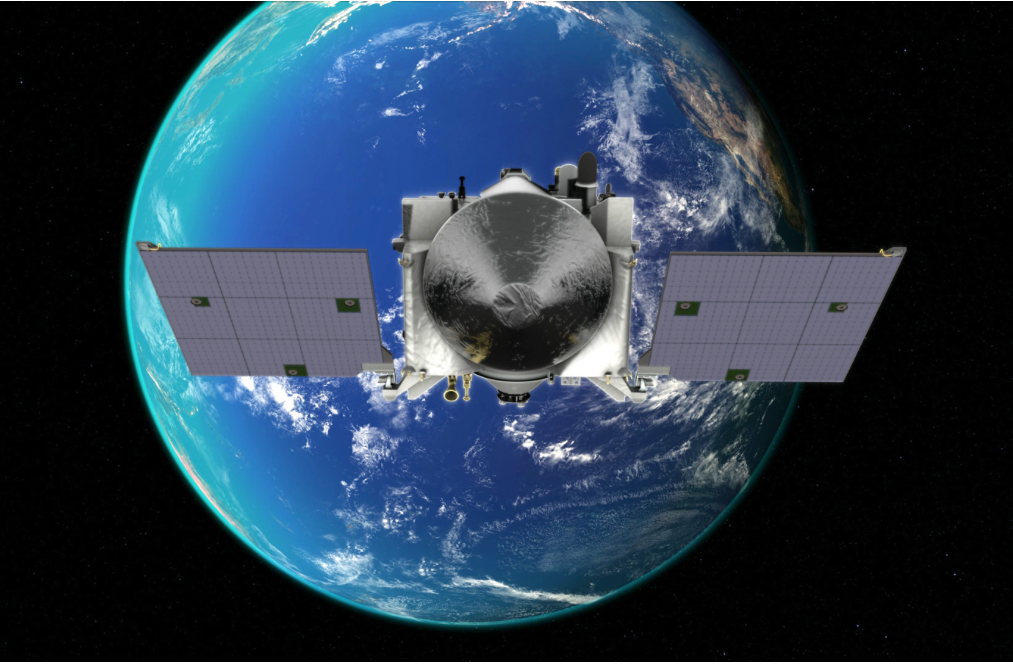 During the mission’s approach phase, OSIRIS-REx will:

After arrival at Bennu, the spacecraft will spend the first month performing flybys of Bennu’s north pole, equator and south pole, at distances ranging between 11.8 and 4.4 miles (19 and 7 km) from the asteroid. These maneuvers will allow for the first direct measurement of Bennu’s mass as well as close-up observations of the surface. These trajectories will also provide the mission's navigation team with experience navigating near the asteroid.

“Bennu’s low gravity provides a unique challenge for the mission," said Rich Burns, OSIRIS-REx project manager at NASA’s Goddard Space Flight Center in Greenbelt, Maryland. "At roughly 0.3 miles [500 meters] in diameter, Bennu will be the smallest object that any spacecraft has ever orbited.”

The spacecraft will extensively survey the asteroid before the mission team identifies two possible sample sites. Close examination of these sites will allow the team to pick one for sample collection, scheduled for early July 2020. After sample collection, the spacecraft will head back toward Earth before ejecting the Sample Return Capsule for landing in the Utah desert in Sept. 2023.

NASA’s Goddard Space Flight Center provides overall mission management, systems engineering and the safety and mission assurance for OSIRIS-REx. Dante Lauretta of the University of Arizona, Tucson, is the principal investigator, and the University of Arizona also leads the science team and the mission’s science observation planning and data processing.

Lockheed Martin Space in Denver built the spacecraft and is providing flight operations.

Goddard and KinetX Aerospace are responsible for navigating the OSIRIS-REx spacecraft.