The Federal Aviation Administration (FAA) has progressed toward its goal of seamlessly integrating unmanned aerial system (UAS) flights into the national airspace. FAA has issued its UAS Comprehensive Plan and UAS Integration Roadmap , which provide broad plans for integration. However, according to FAA, it is working with MITRE to develop a foundation for an implementation plan; FAA then expects to enact a plan by December 2015. While FAA still approves all UAS operations on a case-by-case basis, in recent years it has increased approvals for UAS operations. Specifically, the total number of approvals for UAS operations has increased each year since 2010, and over the past year has included approvals for commercial UAS operations for the first time. In addition, FAA has issued a Notice of Proposed Rulemaking that proposes regulations for small UASs (less than 55 pounds). 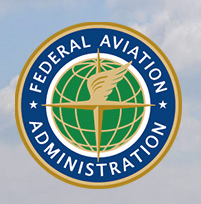 The FAA's six designated test sites have become operational but have had to address various challenges during the process. The designated test sites became operational in 2014, and as of March 2015, over 195 test flights had taken place. These flights provide operations and safety data to FAA in support of UAS integration. In addition, FAA has provided all test sites with a Certificate of Waiver or Authorization allowing small UAS operations below 200 feet anywhere in the United States. However, during the first year of operations, the test sites faced some challenges. Specifically, the test sites sought additional guidance regarding the type of research they should conduct. According to FAA, it cannot direct the test sites, which receive no federal funding, to conduct specific research. However, FAA did provide a list of potential research areas to the test sites to provide some guidance on areas for research. FAA has conducted other UAS research through agreements with MITRE and some universities, and in May 2015 named the location of the UAS Center of Excellence—a partnership among academia, industry, and government conducting additional UAS research. Unlike FAA's agreements with the test sites, many of these arrangements have language specifically addressing the sharing of research and data.

Around the world, countries have been allowing UAS operations in their airspace for purposes such as agricultural applications and aerial surveying. Unlike in the United States, countries GAO examined—Australia, Canada, France, and the United Kingdom—have well-established UAS regulations.  Also, Canada and France currently allow more commercial operations than the United States. While the United States has not finalized UAS regulations, the provisions of FAA's proposed rules are similar to those in the countries GAO examined. However, FAA may not issue a final rule for UASs until late 2016 or early 2017, and rules in some of these countries continue to evolve. Meanwhile, unlike under FAA's proposed rule, Canada has created exemptions for commercial use of small UASs in two categories that allow operations without a government-issued certification, and France and Australia are approving limited beyond line-of-sight operations. Similar to the United States, other countries are facing technology shortfalls, such as the ability to detect and avoid other aircraft and obstacles, as well as unresolved issues involving limited spectrum that limit the progress toward full integration of UASs into the airspace in these countries.

Why GAO Did This Study

UASs are aircraft that do not carry a pilot aboard, but instead operate on pre-programmed routes or are manually controlled by following commands from pilot-operated ground control stations. Unauthorized UAS operations have, in some instances, compromised safety. The FAA Modernization and Reform Act of 2012 directed FAA to take actions to safely integrate UASs into the national airspace. In response, FAA developed a phased approach to facilitate integration and established test sites among other things.

GAO was asked to review FAA's progress in integrating UASs. This report addresses (1) the status of FAA's progress toward safe integration of UASs into the national airspace, (2) research and development support from FAA's test sites and other resources, and (3) how other countries have progressed toward UAS integration into their airspace for commercial purposes. GAO reviewed and analyzed FAA's integration- planning documents; interviewed officials from FAA and UAS industry stakeholders; and met with the civil aviation authorities from Australia, Canada, France, and the United Kingdom. These countries were selected based on several factors including whether they have regulatory requirements for commercial UASs, operations beyond the view of the pilot, and whether non-military UAS are allowed to operate in the airspace. In comments on this report, the Department of Transportation noted that GAO did not address environmental considerations of UAS integration; such considerations were outside the scope of this report.