ISRO Needs to Keep Up With the Time ... Will Launch Back-up Satellite with Working Atomic Clock 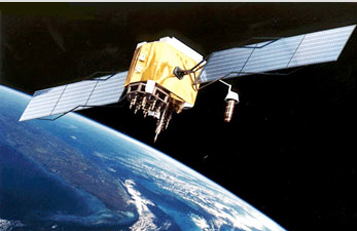 Not having the correct time or worse, a clock that stops working, can set your world into a tailspin with missed meetings, appointments, burned meals and more. Not having a working clock on a satellite in space is even more of a hazard. Unfortunately the Indian Space Research Organisation's (ISRO) constellation has a satellite in which the atomic clock on board in not functioning.

Because of the failure of the atomic clocks on board the IRNSS-1A the ISRO will launch a new satellite named IRNSS-1H to ensure India's regional navigation satellite's system is fully operational. The IRNSS-1A is one of seven satellites in their constellation. IRNSS-1A is the first of the seven satellites comprising the Navigation Indian Constellation (NavIC), which is a concept that the ISRO developed as India’s alternative to the American GPS known as NavIC. NavIC was operational in 2016 when the seventh satellite was successfully placed in orbit, will support vehicle tracking, fleet management, disaster management and mapping services as well as terrestrial, marine and aerial navigation for India.

Scheduled for a launch in late July or early August the PSLV C39 mission will carry the new satellite, IRNSS-1H, one of two spare satellites into orbit. This matter quickly became a priority when in January the fact that all the three rubidium atomic clocks on board had stopped functioning.