Spaceflight has been awarded the contract to provide launch services for INPE, Brazil’s National Institute for Space Research (in Portuguese: Instituto Nacional de Pesquisas Espaciais), the research unit of the Brazilian Ministry of Science, Technology, Innovation and Communications.

The contract award is the culmination of a multi-year, highly competitive government procurement process among global launch providers. Throughout the process, Spaceflight was supported in Brazil by a local representative of the Akaer Group. 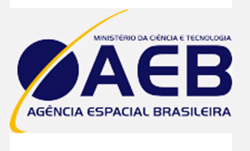 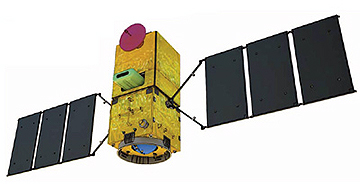 Artistic rendition of the Amazônia 1 satellite.

Image is courtesy of INPE.

INPE’s Amazônia-1 satellite is the first Earth Observation EO) satellite to be completely designed, integrated, tested and operated by Brazil. The satellite's goal is to autonomously observe the national territory of Brazil, in particular the Amazon region. Amazonia-1 is also the first satellite based on Brazilian Multi Mission Platform (MMP), a general purpose service bus for 500 kg. class satellites.

Representing the largest spacecraft Spaceflight has launched to date, Amazonia-1 weighs approximately 700 kilograms and is 1.7 meters in diameter and 2.6 meters tall. It will be the primary spacecraft on the PSLV mission, with the excess capacity filled by Spaceflight’s smallsat rideshare customers. Targeting mid-2020, Amazonia-1 will be deployed to a mean altitude 760 kilometers sun-synchronous orbit, while the additional secondary rideshare spacecraft will be deployed at a lower altitude.

The awarding of the Amazonia-1 launch comes on the heels of Spaceflight’s historic dedicated rideshare launch of 64 smallsats on its SSO-A: SmallSat Express mission aboard a SpaceX Falcon 9 earlier this month. With the success of SSO-A, Spaceflight has now launched more than 210 satellites since its founding in 2011. In addition, the company is contracted to launch nearly 100 satellites in 2019 from a variety of launch vehicles including Falcon 9, PSLV, Antares, Electron and Vega.