Gamifying Satellite Data from Draper is an UPBEAT Way to Fight Crime, Save Forests and More

There are many computer types of games, but for this one you won't compete with Mario or be zooming off in a muscle car as in Grand Theft Auto. Gamification in UPBEAT is an exercise that assists folks in identifying data that is useful and material that isn't helpful.

Scientists at Draper inform folks to get ready for a sharp increase in satellite data, as the current number of 1,700 satellites orbiting Earth is poised to top 10,000 in 20 years. This information should be good news for everyone from farmers and shipping firms to law enforcement and insurance companies, anyone desiring to use satellite data to make better decisions, reduce risks, fight poverty or catch criminals. 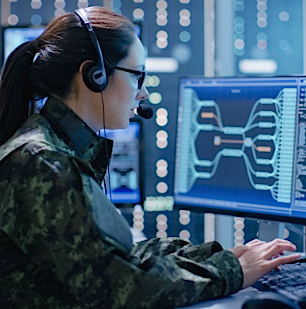 Drug enforcement officers could use Draper’s UPBEAT to identify what satellite data could be helpful in detecting drug trafficking.
(Credit: Gorodenkoff/Shutterstock.com)

However, that rich trove of data can be a mixed blessing, because many customers can’t tell what is noise and what is truly valuable, according to John Irvine, a chief data scientist at Draper. Irvine develops tools to analyze satellite data to gain insights beyond the standard assessments of a given location, such as determining urban decay, affluence, crime and other social factors.

Irvine said said that the problem isn’t that the data aren’t there, the problem is there is too much data and it’s too hard for a human to know what is going to be useful.

Irvine and his team named their game UPBEAT, which stands for Understanding Persistence for Better Exploitation, Analysis and Tasking. He continued that the game works by simulating how particular behaviors would present in satellite data. The goal of the game is to use satellite data to solve specific problems. Players can select data from different satellites, and are scored by how well they solve the problem. While players compete for high scores, their results reveal which data are useful and which aren’t.

An example of an UPBEAT challenge would be to catch drug traffickers in ocean waters. Fishing boats that go about legitimate business leave from and return to the same ports. Drug runners masquerading as fishing boats, on the other hand, travel from port to port as they pick up and deliver drugs. With UPBEAT, law enforcement customers could experience how satellite data might help identify and track such suspicious movements and potentially stem the tide of drug trafficking. Irving said they found that players are more likely to use data if they have to compete for high scores in a game rather than rely on a lengthy data analysis.

UPBEAT can be modified for a variety of scenarios, such as identifying ocean patterns related to pollution and sea temperature or detecting illegal logging operations from a comparison of vehicle traffic and the forest canopy.

Draper isn’t alone in pursuing gamification and visualization tools to leverage satellite data and imagery. The U.S. National Geospatial-Intelligence Agency (NGA), the largest buyer of satellite imagery in the world, has stated a shift in its strategy from data acquisition toward data analytics to produce informative products. NGA Director Robert Cardillo said they must pursue and discover meaning. They will discover the vital patterns and uncover relationships hidden in the massive collections of content continuously updated in and through the Map of the World. And they will deliver highly visual, easy-to-understand insights on mobile devices in every security domain.