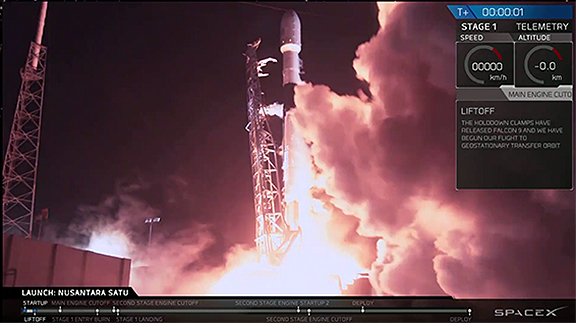 Video screen capture of the SpaceX liftoff of the PSN6, SpaceIL and AFRL payloads aboard the company's Falcon 9 rocket. Image is courtesy of SpaceX. 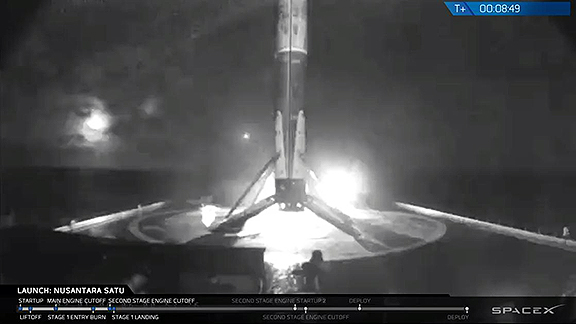 Falcon 9 first stage landing on the "Of Course I Still Love You" droneship, completing this booster’s third launch and landing. Video screen capture is courtesy of SpaceX.

Falcon 9’s first stage for the Nusantara Satu mission previously supported the Iridium-7 mission in July 2018 and the SAOCOM 1A mission in October 2018.

Following stage separation, SpaceX landed Falcon 9’s first stage on the “Of Course I Still Love You” droneship, which was stationed in the Atlantic Ocean.

A replay of this important launch may be viewed at this direct link... 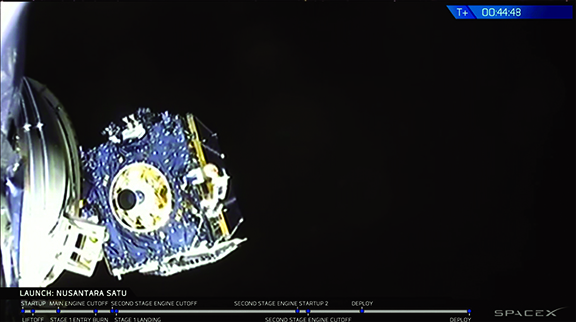