Scheduled to launch this week is the NG-11 mission from NASA's Wallops Flight Facility carrying the Cygnus cargo spacecraft — this spacecraft will deliver supplies to the International Space Station (ISS) and transport 60 smallsats, called ThinSats, into space. These satellites are powered by Alta Devices gallium arsenide solar cells and will carry various electromagnetic, radiation and inertial sensors for scientific analysis of the atmosphere. 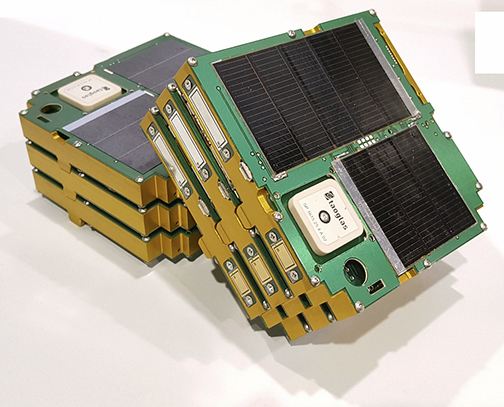 These ThinSats are part of a program whose goal is to set a new standard for STEAM (Science, Technology, Engineering, the Arts and Mathematics) education in the US. Dozens of teams of high school and college students were engaged in the preparation of the satellite hardware and analysis. The satellites will be deployed into low earth orbit and allow live data transmission.

In the future, these ThinSats can be deployed into constellations and expanded to larger sizes for hosting larger payloads.

The ThinSat Program is managed and funded by Virginia Commercial Space Flight Authority (Virginia Space) with Twiggs Space Lab (TSL) operating as the general contractor, Near Space Launch (NSL) the primary spacecraft designer and manufacturer and Alta Devices the provider of solar cells.

Hank Voss co-founder of NSL said satellites need solar cells to generate electrical power. Until now, no commercial solar technologies could match the improvement in cost, weight, and ease of use that other components of small satellite technology have achieved. The majority of solar cells are expensive, fragile, rigid, and difficult to encapsulate and robustly attach to spacecraft.

The Virginia Commercial Space Flight Authority (VCSFA), also known as ‘Virginia Space,’ is a political subdivision of the Commonwealth of Virginia.  Virginia Space owns and operates the Mid-Atlantic Regional Spaceport (MARS) and the MARS UMS Airfield. Virginia Space aims to provide and is proud to offer full-service launch and drone testing facilities for commercial, government, scientific and academic users. The mission of Virginia Space is to serve as a driver for Virginia’s New Economy by providing safe, reliable, and responsive space access at competitive prices, and secure facilities for testing of unmanned vehicles for integration into the National Air Space. 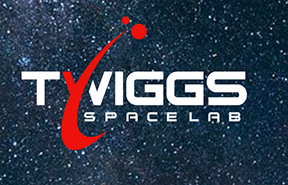 Twiggs Space Lab, LLC (TSL) is focused on creating STEAM based products and curriculum to stimulate, engage, and encourage students to pursue interests in science, technology, engineering, arts, and math. The company’s mission is to inspire future generations of engineers and scientists to make the world a better place through innovative research in space. Prof. Twiggs was a consulting professor at Stanford University Department of Aeronautics and Astronautics starting in 1994 where he established the Space Systems Development Laboratory. While at Stanford in 1999, he was the co-developer of the cubesat concept. Prof. Twiggs was also the creative mind responsible for developing the original concepts for the CricketSat, CanSat and the PocketQube for educational applications for use in space. Prof. Twiggs has published numerous papers and made dozens of presentations at technical conferences in the US and internationally.

NearSpace Launch, Inc. (NSL) is based in Upland, IN. NSL has 100 percent mission success with more than 60 systems flown in the past four years. Hank Voss and Jeff Dailey founded NSL following the successful mission of TSAT. The mission proved the effectiveness of a Globalstar radio connection for orbital radio communication. NSL manufactures and produces ThinSats, custom cubesat satellites, Globalstar enabled communication systems as well as high-altitude balloons for a variety of educational, commercial, and government applications. NSL’s FastBus heritage is 7 out of 7 flying their missions, and many more radios and components excelling at their respective mission tasks.

Alta Devices is Empowering Autonomy™ by delivering the world’s most efficient, thin and flexible mobile power technology.  By converting light of any kind into electricity, Alta Devices AnyLight™ power technology extends the energy source of a system, and in many cases, completely cuts the traditional power cord.  The solution can be completely integrated into the final system, and is ideal for use in small satellites, unmanned systems, consumer electronics, sensors, automotive, remote exploration, or anywhere size, weight, and mobility matter.  Alta Devices holds world records for energy conversion efficiency and is headquartered in Sunnyvale, California.