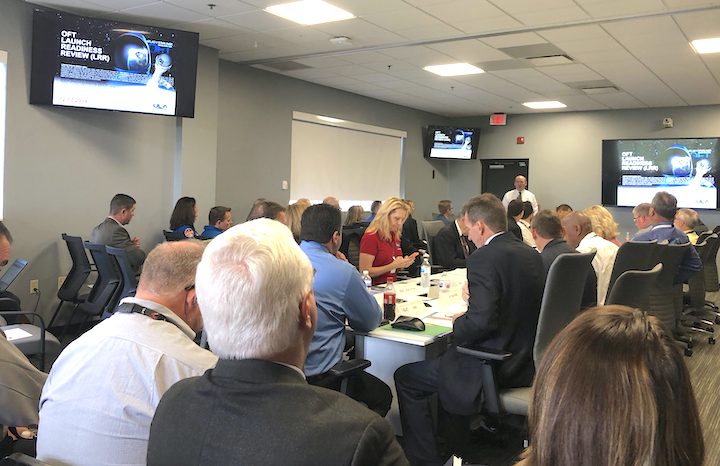 United Launch Alliance (ULA) has been busy preparing for their upcoming December 20 launch of the Atlas V rocket that will launch Boeing’s Starliner capsule on the Orbital Flight Test to the International Space Station (ISS). The launch readiness review meeting was conducted as shown in the photo. The excitement and anticipation of the U.S. once again transporting the astronauts to and from the ISS is a long awaited goal that will be put to the test, although uncrewed, this Saturday.

The launch is planned for December 20, at 6:36 a.m. from Space Launch Complex-41 at Cape Canaveral Air Force Station.

The Atlas V rocket will deliver Boeing’s CST-100 Starliner spacecraft to a 98-nautical mile (nmi) sub-orbital trajectory. Following separation from the Atlas V, the Starliner engines will propel the spacecraft to its final orbit and on to the ISS.

The Atlas V Starliner configuration modified specifically for the Boeing CST-100 Starliner spacecraft does not include a payload fairing. Instead, the Starliner’s own protective surfaces take the place of the fairing to protect the uncrewed spacecraft during ascent. This is the inaugural flight of this configuration.

“We are bridging history as we prepare to launch astronauts again and the Orbital Flight Test is the first step in this process,” said Gary Wentz, ULA vice president of Government and Commercial Programs. “We are excited to fly this mission-unique Atlas V in support of Boeing’s Starliner and NASA’s Commercial Crew program.”

The Starliner is attached to the Atlas V using a launch vehicle adapter (LVA) that includes an aeroskirt to reduce aerodynamic loads on the vehicle. The Atlas V configuration for this mission is powered by dual Aerojet Rocketdyne RL10A-4-2 engines, each producing 22,600 lbs. of thrust. The Centaur also includes an Emergency Detection System (EDS) that monitors the health of the rocket throughout flight. 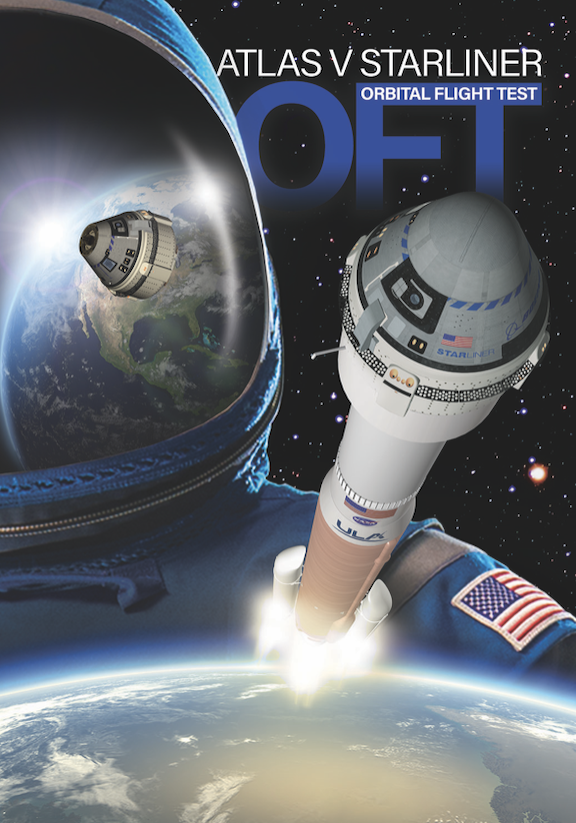 The Orbital Flight Test will be the 81st launch of the Atlas V and will mark ULA's 136th mission.

The launch weather forecast for Friday's Atlas V Starliner launch has improved to an 80 percent chance of favorable conditions, according to the latest update from the 45th Weather Squadron at Cape Canaveral. 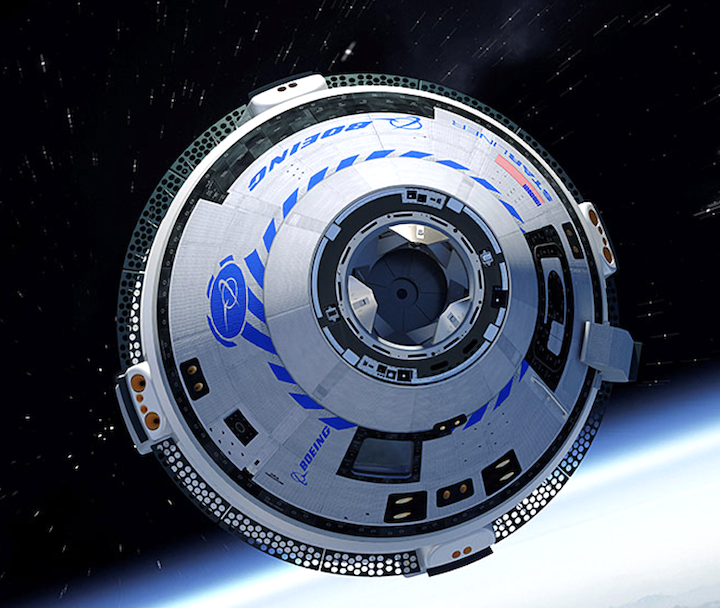 Boeing's CST-100 STARLINER The Starliner is a next-generation space capsule that will take people to and from low-Earth orbit.

"From Thursday into Saturday, the pressure gradient remains tight, with strong high pressure over the Mid-Atlantic and low pressure over Cuba. Winds at the Cape are expected to gust near 22 knots, shifting from the north-northeast on Thu to east on Friday into Saturday," Launch Weather Officer Jessica Williams said today.

"With sustained onshore flow through Saturday, cumulus clouds are expected to be moving onshore with a slight chance of a brief shower. Any shower in the vicinity has the potential to produce a temporary wind gust near 30 knots with the moderate gradient already in place.

"Therefore, the primary concerns for launch day are the Cumulus Cloud Rule and User Ground Winds."

"Similar conditions are expected Saturday with slightly higher moisture and wind speeds, so the chance for showers and the POV is increased," Williams said.

The odds of acceptable weather on Saturday morning are 70 percent with the primary concerns also being cumulus clouds and ground winds.