Addvalue and Inmarsat Sign Memorandum of Understanding for a First... LEO On-Demand Communications

Until now communications with Low Earth Orbit (LEO) satellites has only been available when the satellite is within sight of an Earth station, making this limited connectivity available only on a rigid time schedule based on the particular LEO satellite’s orbit,  and the geographic placement of the Earth stations.

Addvalue Innovation Pte Ltd (“Addvalue”) and Inmarsat have signed a Memorandum of Understanding (MoU) to offer a data relay service to meet the communications needs of the Low Earth Orbit (LEO) satellite market. The new service is designed to address this issue, and will be based on Addvalue’s Inter-Satellite Data Relay System (“IDRS”) terminal and Inmarsat’s Geosynchronous Earth Orbit (GEO) I-4 satellite-based Broadband Global Area Network (BGAN) network. The agreement will be finalized soon, as the real-time links will enhance the operational efficiency of LEO satellites. Under the proposed agreement, Addvalue and Inmarsat will take the IDRS service to market, providing commercial, on-demand, 24/7 two-way IP-based data services for in-orbit LEO satellite missions. Addvalue’s IDRS is an innovative new service that addresses a long standing constraint confronting the operation of LEO satellites. 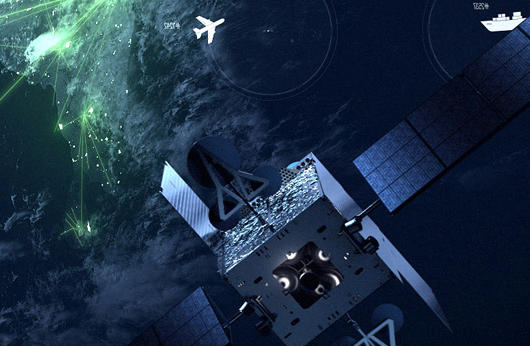 Currently there are 12 satellites in geosynchonous orbit, which means their position appears to be fixed when viewed from the Earth. Satellites are positioned to transmit radio beams in two global configurations, covering the oceans and the major landmasses providing seamless worldwide communications coverage, except in the extreme polar regions.

Dr. Colin Chan Kum Lok, Chairman and CEO of Addvalue, remarked, “We are delighted to join with Inmarsat to offer IDRS to the expanding LEO satellite market. Basing this service on Inmarsat’s I-4 GEO satellite constellation, which is already in orbit and fully operational, significantly reduces the cost and time to market for IDRS. We are pleased to note that the commercial model we are working on will grant Addvalue exclusive air time distribution rights for the Addvalue IDRS service.”

Mr.Tan Khai Pang, Chief Operating and Technical Officer of Addvalue added, “We are pleased that our year-long, in-orbit operation of the Addvalue-developed IDRS terminal, in conjunction with the Inmarsat BGAN satellite network, yielded extremely positive results. These tests have clearly established IDRS feasibility and demonstrate that Inmarsat BGAN network IDRS based communications can significantly improve the operation of LEO satellites.”

Mr Tan also said, “This partnership with Inmarsat signifies the maturity of Addvalue’s IDRS design and recognition that together Inmarsat and Addvalue have a cost effective solution to a problem that has confounded commercial LEO satellite operators for many years. Riding on the momentum of our in-orbit tests and this MOU with Inmarsat, we look forward to offering IDRS service to LEO satellite operators around the world.”

Andy Start, President, Inmarsat Global Government, welcomes the opportunity that this IDRS solution provides for Inmarsat’s GEO satellites to help solve a problem that has plagued the LEO satellite industry. “It is very exciting that Addvalue and Inmarsat are able to offer a solution that will enable real-time command and control and data transfer for LEO satellites via our trusted GEO constellation. The successful in-orbit testing has been a ringing endorsement of both the Addvalue IDRS terminal and our satellite constellation. We look forward to working together with our technology partner Addvalue to promote this solution to LEO operators across the globe.” Andy further noted that Inmarsat’s US Government unit is similarly looking forward to working with Addvalue on agreements to bring this service to that market.