Ariane 5 Has Double Duty Day Ahead On October 29th 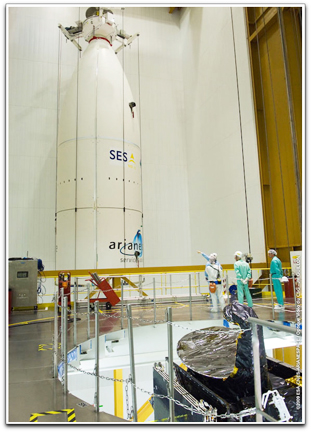 The Ariane 5 for Arianespace's October 29 mission is now complete following the installation of its second payload — the NSS-12 satellite for telecommunications operator SES WORLD SKIES. Encapsulated in an ogive-shaped protective fairing, NSS-12 was mated atop Ariane 5, positioning it as the launch vehicle's upper passenger. Located below it in the launcher payload "stack" is the mission's lower passenger, Telenor Satellite Broadcasting's THOR 6 relay platform.

This integration activity took place in the Final Assembly Building at Europe's Spaceport in French Guiana, enabling a final series of preparation milestones to begin — including the launch readiness review on October 27, followed by Ariane 5's rollout to the ELA-3 launch zone on the next day and the countdown to an October 29 evening liftoff during a 40-minute launch window that opens at 5:00 p.m. local time in French Guiana. Ariane 5 is to deliver a payload lift performance of 9,515 kg. during the upcoming mission, which includes a combined total of 8,700 kg. for the NSS-12 and THOR 6 satellites, plus the launch vehicle's dual-passenger dispenser system and satellite integration hardware. 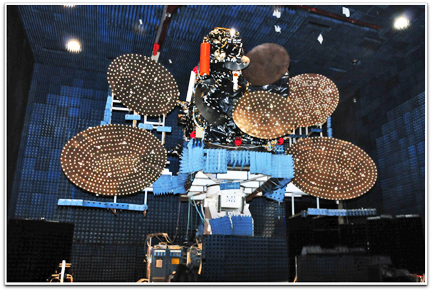 NSS-12 was produced in the United States by Space Systems/Loral based on its SS/L 1300 platform, and weighs approximately 5,700 kg. for liftoff.  The powerful spacecraft is outfitted with 48 active Ku-band transponders and 40 C-band transponders, and will be operated by SES WORLD SKIES from a geostationary orbit of 57 degrees East to provide DTH TV broadcast services for Europe, the Middle East, Africa, Asia and Australia. 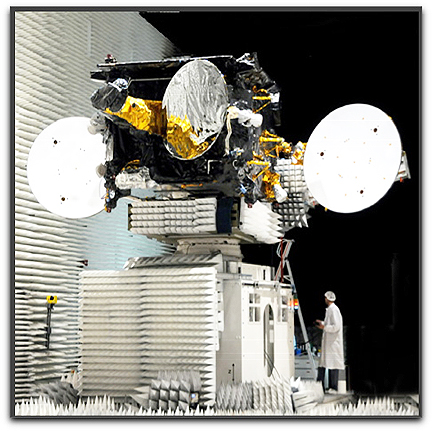 THOR 6 will be the first satellite launched by Arianespace for Telenor Satellite Broadcasting AS, a subsidiary of the Norwegian operator Telenor. This 3,000-kg. payload was built in Europe by Thales Alenia Space using a Spacebus 4000B2 platform, and carries 36 Ku-band transponders. It will be positioned at 1 degree West, and is to distribute DTH services to the Nordic region and throughout Central and Eastern Europe.