Next Stop the Moon as ISRO Launches Chandrayaan-2 Spacecraft 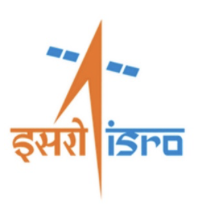 History was made today as the Indian Space Research Organisation (ISRO) successfully launched Chandrayaan-2 spacecraft on a mission to the Moon. The following is their announcement. 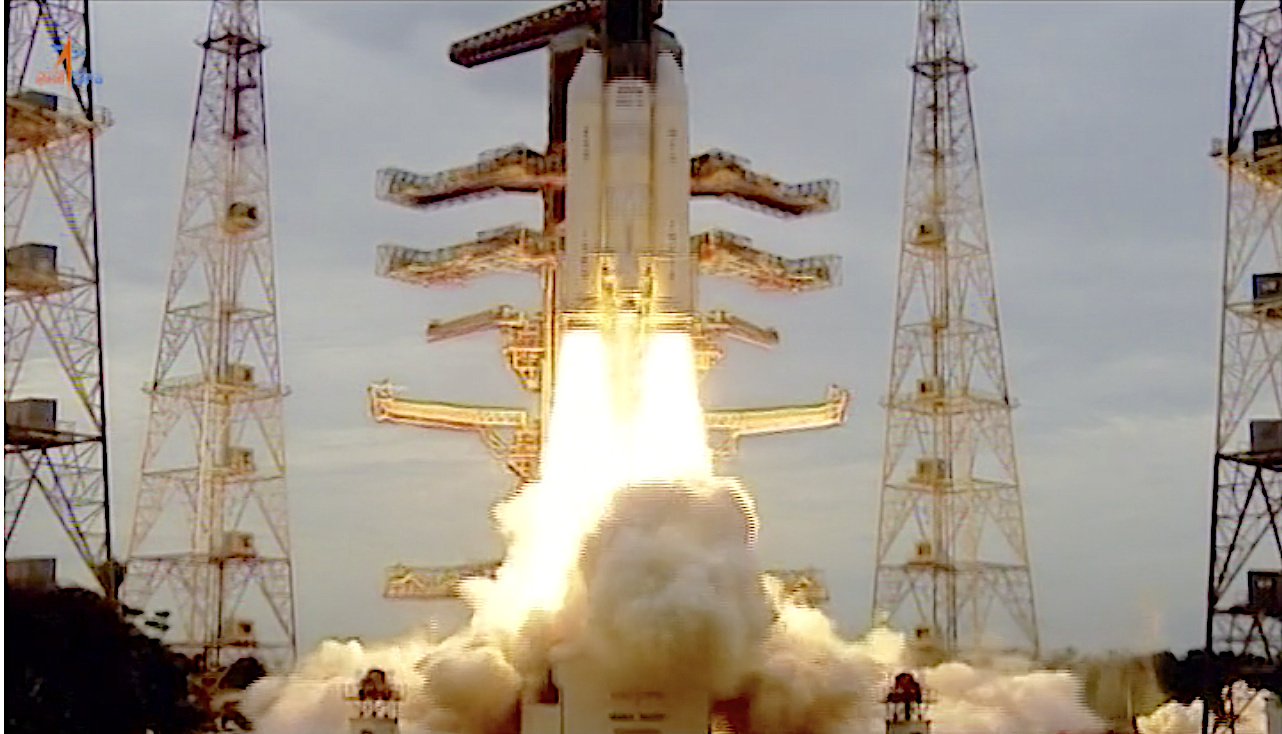 India’s Geosynchronous Satellite Launch Vehicle GSLV MkIII-M1, successfully launched the 3840 kg Chandrayaan-2 spacecraft into an Earth orbit today (July 22, 2019). The spacecraft is now revolving round the Earth with a perigee (nearest point to Earth) of 169.7 km and an apogee (farthest point to Earth) of 45,475 km.  Today’s flight marks the first operational flight of the GSLV Mk III.

About 16 minutes 14 seconds after lift-off, the vehicle injected Chandrayaan-2 spacecraft into an elliptical Earth orbit. Immediately after spacecraft separation from the vehicle, the solar array of the spacecraft automatically got deployed and ISRO Telemetry, Tracking and Command Network (ISTRAC), Bengaluru successfully took control of the spacecraft.

ISRO Chairman Dr K Sivan congratulated the launch vehicle and satellite teams involved in this challenging mission. “Today is a historical day for Space Science and Technology in India. I am extremely happy to announce that GSLV MkIII-M1 successfully injected Chandrayaan-2 into an orbit of 6000 Km more than the intended orbit and is better.”

“Today is the beginning of the historical journey of India towards Moon and to land at a place near south pole to carry out scientific experiments to explore the unexplored. On July 15, 2019 ISRO intelligently observed a technical snag, Team ISRO worked out, fixed and corrected the snag within 24 hours. For the next one and a half day, the required tests were conducted to ensure that corrections made were proper and in right direction. Today ISRO bounced back with flying colours.” Dr. Sivan said.

In the coming days, a series of orbit manoeuvres will be carried out using Chandrayaan-2’s onboard propulsion system.  This will raise the spacecraft orbit in steps and then place it in the Lunar Transfer Trajectory to enable the spacecraft to travel to the vicinity of the Moon.

GSLV Mk III is a three-stage launch vehicle developed by ISRO. The vehicle has two solid strap-ons, a core liquid booster and a cryogenic upper stage. The vehicle is designed to carry 4 ton class of satellites into Geosynchronous Transfer Orbit (GTO) or about 10 tons to Low Earth Orbit (LEO).

Chandrayaan-2 is India's second mission to the Moon. It comprises a fully indigenous Orbiter, Lander (Vikram) and Rover (Pragyan). The Rover Pragyan is housed inside Vikram lander.

The mission objective of Chandrayaan-2 is to develop and demonstrate the key technologies for end-to-end lunar mission capability, including soft-landing and roving on the lunar surface. On the science front, this mission aims to further expand our knowledge about the Moon through a detailed study of its topography, mineralogy, surface chemical composition, thermo-physical characteristics and atmosphere leading to a better understanding of the origin and evolution of the Moon.

After leaving Earth orbit and on entering Moon's sphere of influence, the on-board propulsion system of Chandrayaan-2 will be fired to slow down the spacecraft. This will enable it to be captured into a preliminary orbit around the Moon. Later, through a set of manoeuvres, the orbit of Chandrayaan-2 around the Moon will be circularised at 100 km height from the lunar surface.

Subsequently, the lander will separate from the Orbiter and enters into a 100 km X 30 km orbit around the Moon.  Then, it will perform a series of complex braking maneuvers to soft land in the South polar region of the Moon on September 7, 2019.

Following this, the Rover will roll out from the lander and carries out experiments on the lunar surface for a period of 1 lunar day, which is equal to 14 Earth days. The mission life of the lander is also 1 lunar day.The Orbiter will continue its mission for a duration of one year.

The orbiter had a lift-off weight of about 2,369 kg, while the lander and rover weighed 1,477 kg and 26 kg respectively.  The rover can travel up to 500 m (half a kilometre) and relies on electric power generated by its solar panel for functioning.

Chandrayaan-2 has several science payloads to facilitate a more detailed understanding of the origin and evolution of the Moon. The Orbiter carries eight payloads, the lander carries three, and the rover carries two.  Besides, a passive experiment is included on the lander.The Orbiter payloads will conduct remote-sensing observations from a 100 km orbit while the Lander and Rover payloads will perform in-situ measurements near the landing site.

The ground facilities constitute the third vital element of Chandrayaan-2mission.  They perform the important task of receiving the health information as well as the scientific data from the spacecraft. They also transmit the radio commands to the spacecraft. The Ground Segment of Chandrayaan-2 consists of Indian Deep Space Network, Spacecraft Control Centre and Indian Space Science Data Centre.

Today’s successful launch of Chandrayaan-2 is a significant milestone in this challenging mission. A total number of 7500 visitors witnessed the launch live from the Viewer’s Gallery at Sriharikota.