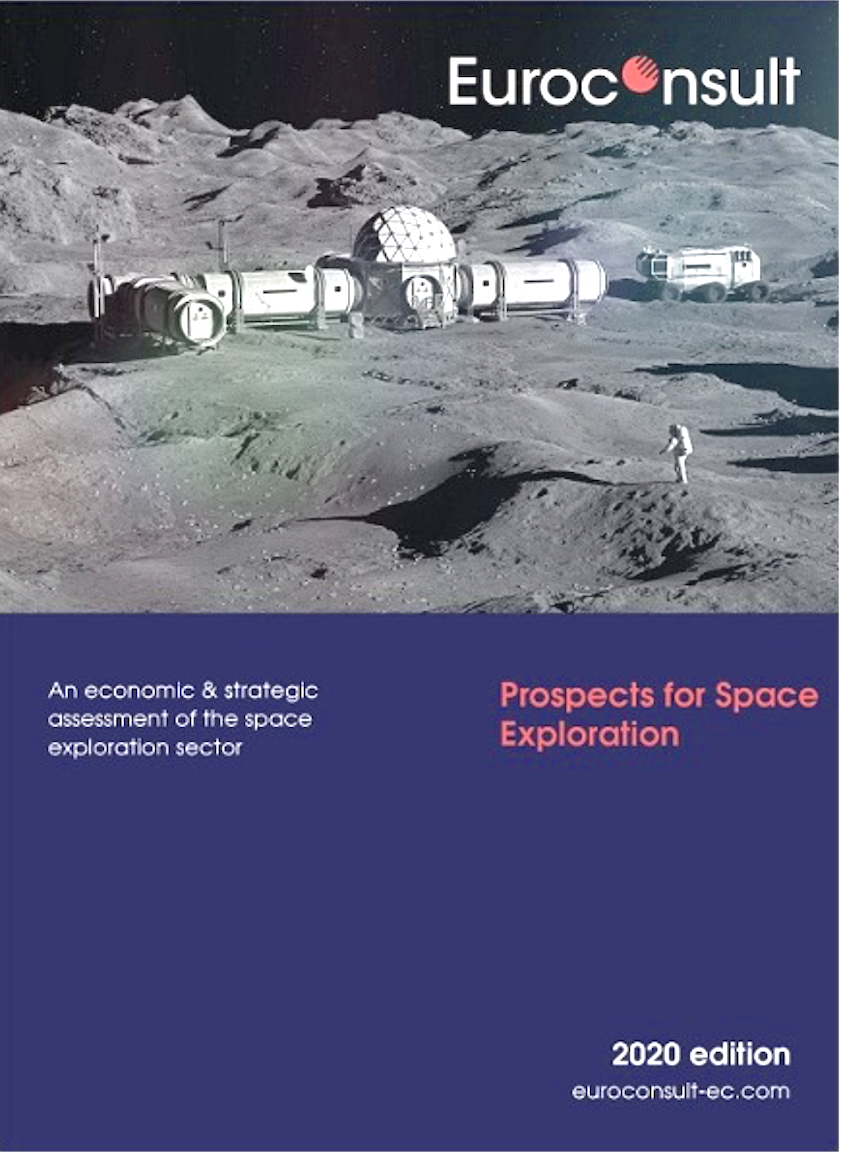 Euroconsult's most recent report reveals the total amount that governments spent last year in space exploration, and then forecasts spending to 2029.

According to Euroconsult’s latest research, “Prospects for Space Exploration”, global government investment in space exploration totaled nearly $20 billion in 2019, a 6 percent increase year-on-year. Thirty-one countries and space agencies lead this global investment with the U.S. accounting for 71 percent of spending. Funding for space exploration is forecast to increase to an average of $30 billion per year out to 2029, driven by Moon exploration, transportation, and orbital infrastructure. Approximately 130 missions are expected over the coming decade, compared to 52 missions conducted over the past 10 years. 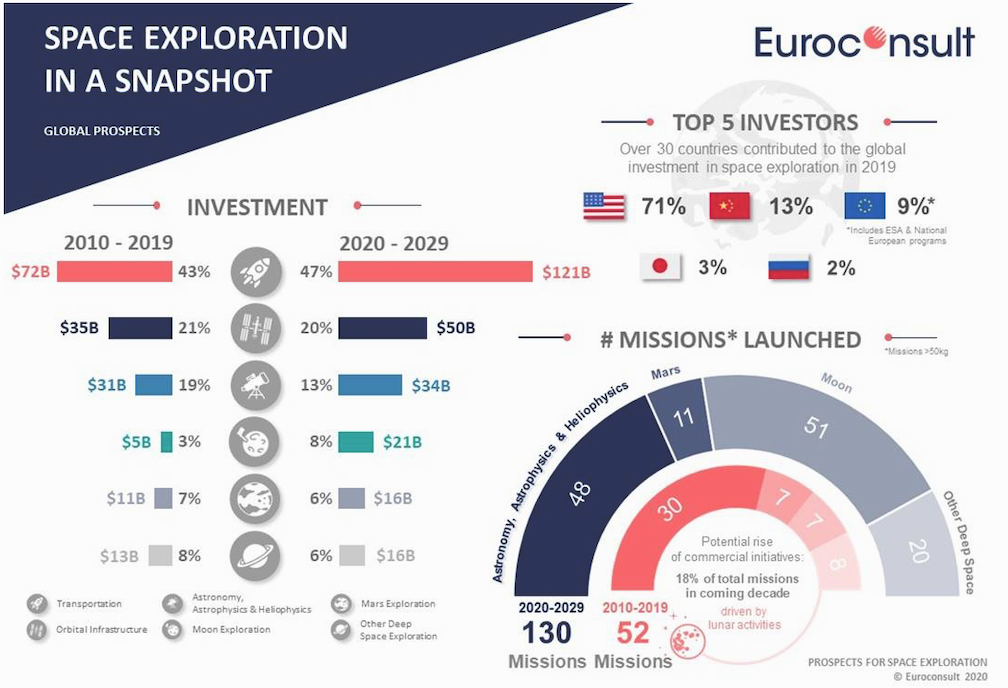 Natalia Larrea Brito, Principal Advisor at Euroconsult and editor of the “Prospects for Space Exploration” research said that exploration is the space application of the coming decade. Forecast funding growth of about 50 percent over the coming decade illustrates government support for large-scale plans that are now materializing, with the Moon as a core focus. Recent announcements — such as NASA’s Plan for Sustained Lunar Exploration and Development and the U.S. Executive Order on Space Resources — reaffirm governments’ ambitions to achieve long-term sustainability in lunar exploration. While the current health and economic crisis may impact near-term investment and strategies, they are less likely to disrupt long-term space exploration objectives. The next decade also promises numerous commercial exploration initiatives. This is having a significant impact on the strategic planning of governments in defining the agenda for space exploration. New public-private contractual schemes are taking shape, reflecting the willingness of space agencies to act as both strategic partner and future customer of commercial services to achieve a cost-effective sustainable model for space exploration.