ISRO is Preparing Emisat and 28 Satellites for Launch

The Bengaluru, India-based space agency — Indian Space Research Agency (ISRO) — is ready to launch an electronic intelligence satellite — Emisat — for the Indian Defence Research and Development Organisation in March, this information according to the agency's Chairman, K. Sivan.

Additionally, ISRO will be launching 28 third-party satellites, demonstrating the agency's new technologies, such as three different orbits with a new variant of the Polar Satellite Launch Vehicle (PSLV) rocket in March, said Sivan. 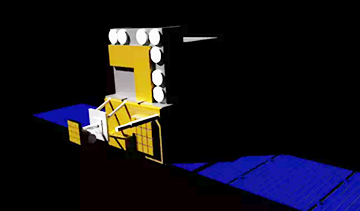 ISRO is also preparing to launch two more defence satellites in July/ August for which the agency will use their new Small Satellite Launch Vehicle (SSLV).

Sivan said the rocket will be brought down further to 485 km., where the fourth stage will turn into a payload platform carrying three experimental payloads — one developed by the students of Indian Institute of Space Science and Technology, in addition to the ISRO`s own technology demonstrator and a Hamsat. This is a special mission for ISRO and will be using a PSLV rocket with four strap-on motors. Further, for the first time, ISRO be attempting to orbit the rocket at three different altitudes. The main passenger for the PSLV rocket will be the defence intelligence satellite Emisat belonging to Defence Research and Development Organisation (DRDO). The satellite weighs about 420 kg. The 28 satellites belonging to customers will, cumulatively, weigh about 250 kg.