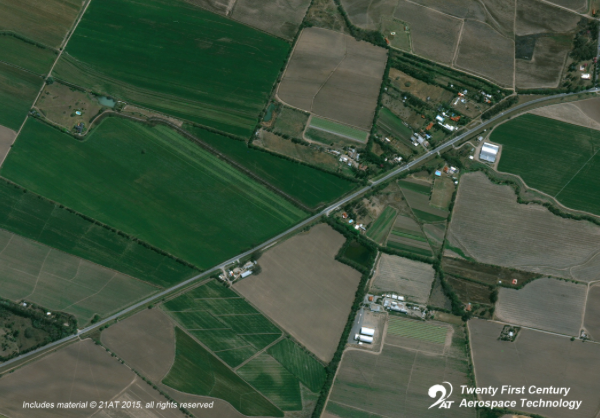 The image from TripleSat-1 on 31 August 2015 over Argentina

Launched on July 10th, 2015, TripleSat-1, 2 and 3 were injected into the same 651km orbit one quarter of a second apart. All three satellites have been moved using on-board propulsion to their designated orbital positions 33 minutes behind each other. 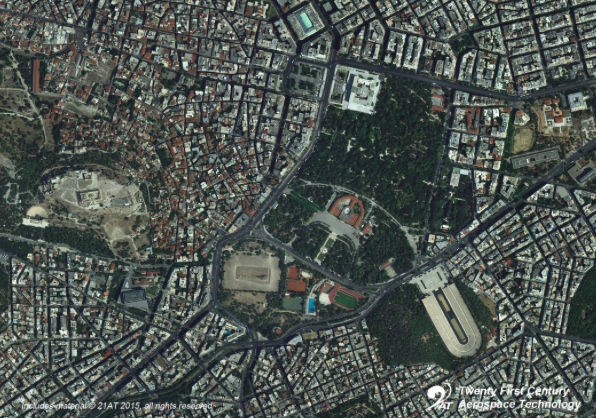 The image from TripleSat-2 on 2 August 2015 over Athens, Greece

The TripleSat Constellation is able to target any point on the Earth’s surface at least once per day. With this unique capability in high resolution satellite imagery, 21AT wishes to demonstrate that satellite Earth observation is reliable and can provide consistent information to stimulate new market niches in operational monitoring, made possible by the changes detected by timely and regular cloud-free very high-resolution imagery. 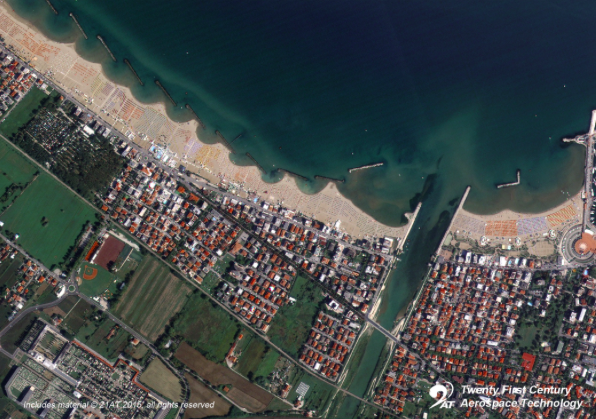 Within a few weeks, 21AT will start initial services for its strategic partners, anchor customers and master distributors. Formal commercial data services with 24 hours /7 days operational capability are expected to commence in November 2015 upon completion of radiometric calibration and performance verification tests.

The TripleSat Constellation, manufactured by Surrey Satellite Technology Ltd. of the UK, offers a compelling combination of spatial and temporal resolution along with impressive technical specifications to serve data users and support a wide range of applications.