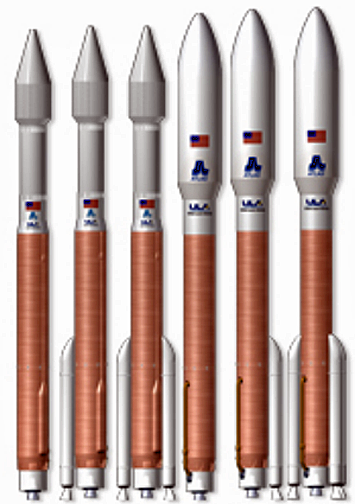 The Atlas V family, which includes the flight-proven Atlas V 400 and 500 series, are the latest evolutionary versions of the Atlas launch system. Atlas V uses a standard common core booster™ (CCB), up to five strap-on solid rocket boosters (SRB), an upper-stage Centaur in either the Single-Engine Centaur (SEC) or the Dual-Engine Centaur (DEC) configuration, and one of several payload fairings (PLF). A three-digit (XYZ) naming convention is used for the Atlas V 400 and 500 series.

The JPSS-2 mission is scheduled to launch in the summer of 2021 from Space Launch Complex-3 at Vandenberg Air Force Base in California. This mission will launch aboard an Atlas V 401 vehicle. ULA also will launch NASA’s JPSS-1 mission scheduled for September of this year from Vandenberg Air Force Base in California aboard a Delta II rocket. JPSS-2 will be the 34th launch with the NASA Goddard Space Flight Center team using ULA and ULA heritage vehicles, and the 42nd for NASA under NASA Launch Services Program contracts.

The JPSS Program is a multi-satellite cooperative program between NASA and the National Oceanic and Atmospheric Administration (NOAA) to design, develop and fly the next series of U.S. civilian polar-orbiting environmental-sensing satellites. The JPSS Program implements NOAA’s requirements for collection of global multi-spectral radiometry and other specialized meteorological, oceanographic, and solar-geophysical data via remote sensing of land, sea and atmospheric properties.