Electronic warfare company DEWC Systems will look to use a planned launch facility in South Australia for the deployment of its defense satellite constellation. 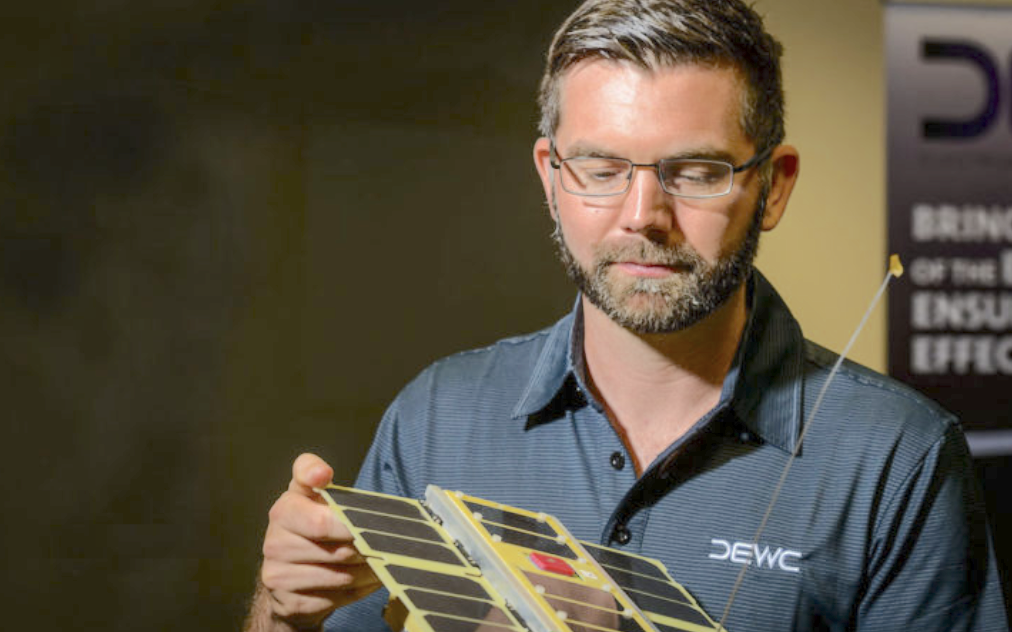 As part of its Miniaturized Orbital Electronic Warfare Sensor System (MOESS), DEWC Systems will work with Southern Launch to be an early adopter of its satellite launch facilities at the Whalers Way Orbital Launch Complex on Eyre Peninsula.

Adelaide-based DEWC Systems received a $150,000 defense Innovation Partnership grant in November 2018 to lead phase one of the MOESS project in collaboration with DST, Flinders University, the University of Adelaide and University of South Australia.

The project is moving from the research phase to design and prototyping in the coming months and is expecting to progress to flight trials in 2020 and in-space testing in 2022.

The MOESS project will involve a constellation of about 20 CubeSats fitted with a range of sensors and monitoring equipment to detect radio frequencies and signals such as radars to offer a view of ship and aircraft movements from above.

The announcement in December that Australia’s new national space agency would be based in Adelaide has sparked a flurry of activity among South Australian startups and more established companies in the space and defense sectors.

DEWC Systems CEO Ian Spencer said having a national space agency also provided the opportunity for Australia to contribute more on an international level rather than continuously relying on the goodwill of other nations.

“Our aim is to be able to provide Australia with new capability we currently don’t possess ourselves,” he said.

“We need to believe in ourselves as a nation and that’s about being a bit more self-reliant on Australian developed technologies and capabilities.”

“This will also give Australia the ability to contribute to our partner and allied capabilities so that we can have a more equal standing in the FIVE EYES community as well.”

Southern Launch announced in December it had found the perfect site to develop its Whalers Way Orbital Launch Complex.

The 1190-hectare site sits at the bottom of Eyre Peninsula, about a 35-minute drive from the regional center of Port Lincoln. The complex is 250km west of Adelaide and 500km south of Woomera, the historic rocket launch site that is restricted to military use. 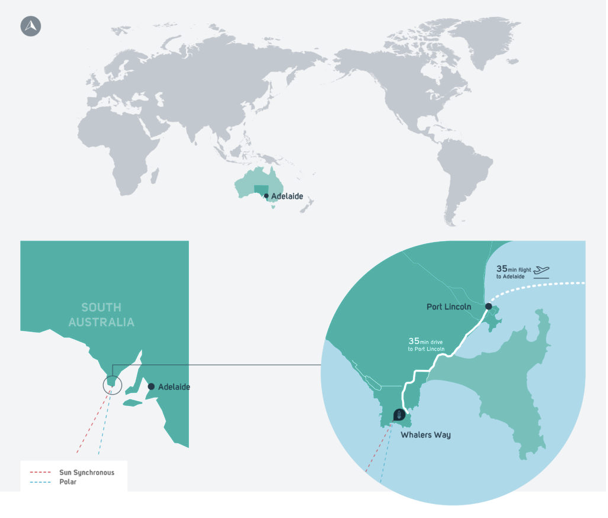 The Whalers Way facility is expected to begin construction this year and has already attracted interest from global space companies such as Sitael.

Southern Launch’s infrastructure is being designed to target rockets that can carry small satellite payloads of between 50kg and 400kg. Given the launch site location and planned launch direct out over the Great Australian Bight, rockets will carry satellites into polar orbits and provide truly global coverage for services such as the Internet of Things (IoT), monitoring of land, sea and air, or providing dedicated communications to remote parts of the world.

Launched from the Whalers Way Orbital Launch Complex, the MOESS satellites will enter polar Low Earth Orbit and provide worldwide coverage at a fraction of the cost of other launch sites.

Southern Launch CEO Lloyd Damp said he was looking forward to working with DEWC Systems on the MOESS project.

“It is Southern Launch’s goal to help develop the resilient, space-enabled Australian defense Force of the future, something that is shared by DEWC Systems,” Damp said.

“The MOESS project, led by DEWC Systems will provide our defense Force with a tactical edge that will ensure the safety and security of our soldiers.”

Spencer, right, said he planned to have CubeSat prototypes ready for testing by early 2021, which included design work to integrate with a space launch vehicle. 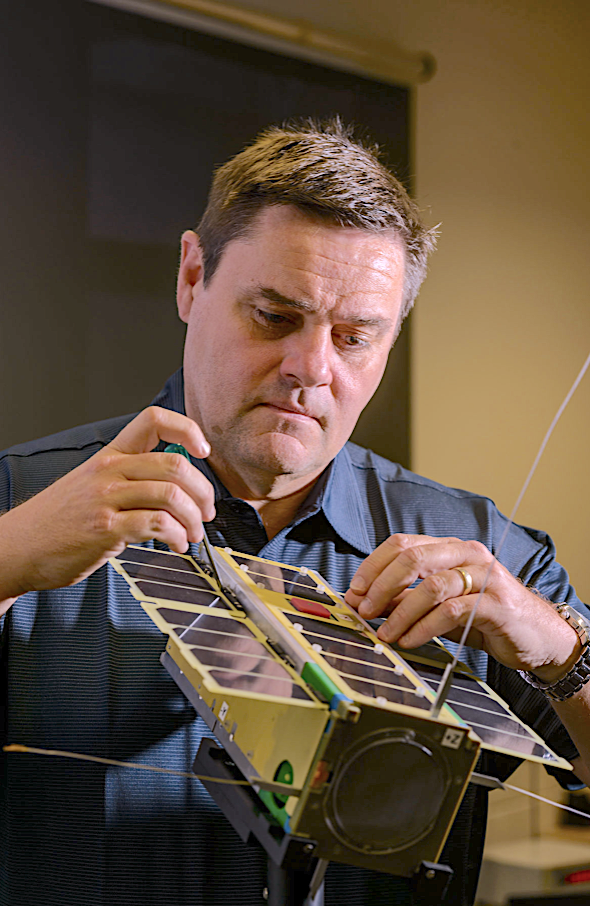 “Hopefully we can line things up so that when Lloyd is ready to start launching we can jump on board,” he said.

“We’re trying to work with as many South Australian companies as we can.

“The Australian space industry is just taking off at the moment and the announcement of the space agency being housed in South Australia is stimulating a lot of interest and there has been a lot of investment in all sorts of things to do with space.

“It’s a really good time to be in it because there’s an understanding that while we need to be competitive businesses, we are also looking for ways to work together where we can and there’s a real sense of mutual benefit.”

Last month it was announced that the national $245 million SmartSat CRC would be headquartered at the University of South Australia in Adelaide with 82 industry and research partners including DEWC Systems and Southern Launch.

The SmartSat CRC bid is among the latest in a series of announcements that have cemented South Australia’s position as the headquarters for the space industry in Australia along with a $6 million Mission Control Centre for small satellite missions and an educational Discovery Centre to also be built in Adelaide.

South Australia has been a significant player in the nation’s space industry and is home to major Tier 1 defense companies and several emerging space start-ups, including Fleet Space Technologies, Inovor Technologies and Myriota, which have all announced new IoT initiatives this year.

DEWC started in 2011 as a consultancy company and rapidly grew into three separate companies: DEWC Services and DEWC Systems, specializes in developing and delivering innovative and ground-breaking electronic warfare-related technologies while DEWC T&E is training and education focussed.

Based at Mawson Lakes in Adelaide’s northern suburbs, DEWC Systems formed in early 2018 to enhance defense capability and to help build the Australian defense industry within South Australia.

The deal will give DEWC Systems the facilities, tools and personnel to move from service providers for other companies to producers of its own innovative hardware and software products.

AES Managing Director Bruce Lobb and DEWC Systems CEO Ian Spencer signed the acquisition agreement earlier this month that will see Lobb stay on as chief engineer for the DEWC group of companies.

Spencer said the AES acquisition was a “real turning point” for DEWC Systems.

“We were on a path of development that needed to be rapid but it was slower than what we would have liked,” he said.

“By bringing AES into the fold we’ve become the fully capable company that we’d set out to be.

“Now the research phase of MOESS is coming to an end, in the next couple of months we’ll start moving into the design and prototyping, which is when we’ll start leveraging off their skills.

“There are a number of other jobs and projects we’re working on and aiming for that will require us to use these new skills as well.”

AES was started in 1979 and has solved engineering problems across several industries including agriculture, medical, avionics and defense.

Spencer said the space and defense industries were now interlinked.

“We were primarily in defense but it’s very much space now as well,” he said.

“Just being in the space and being part of a community that’s very enthusiastic at the moment allows us the confidence to invest in a bit of R&D.”