[SatNews] Results suggest a strong correlation between higher confidence slicks and structural features interpreted from a seismic survey acquired of offshore Croatia in 2013. 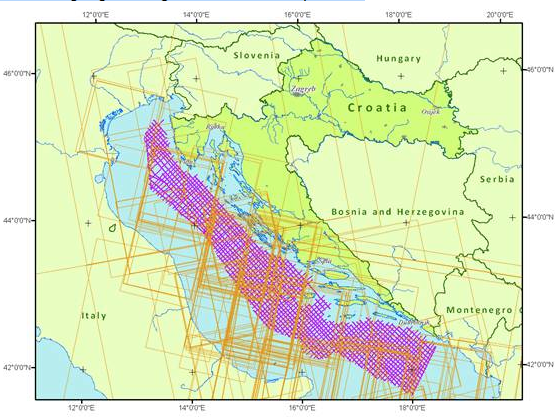 Adriatic Study Area. The purple lines represent the 2013 Spectrum seismic survey and the orange polygons are the radar scenes extracted from the Airbus Defence and Space Global Seeps database. Selected analysis was also made in Italian waters.

This unique study, timed to coincide with Croatia’s first offshore licensing round is also set to provide additional insight into the prospectivity of Italian waters. Assessment of hydrocarbon systems present in this region are derived from Spectrum Geo’s sub-surface seismic information combined with Airbus Defence and Space’s surface seeps data.

Results suggest a strong correlation between higher confidence slicks and structural features interpreted from a Spectrum Geo’s 2D seismic survey acquired of offshore Croatia in 2013. Seeps were found to be positioned in association with geological structures and potential seismic-interpreted Direct Hydrocarbon Indicators (DHIs), suggesting that active hydrocarbon migration is occurring and that a thermogenic source is responsible for some of the many instances of shallow gas interpreted in the seismic lines.

Analysis also suggests migration pathways along faults are being utilized by hydrocarbons sourced from the Triassic. In addition some of the slick observations have revealed hidden prospectivity, drawing attention to legitimate potential leads not previously identified by seismic interpretations alone.

Based on the results of the seep seismic-correlation study a series of case studies have been produced to further explore the relationships observed and have been documented in a comprehensive report comprising an integrated ESRI’s ArcGIS project, featuring seep information (optical and radar), seismic case studies, structural interpretation and well locations, along with other supporting datasets. Ultimately this study provides a new perspective on the hydrocarbon potential in the region, supporting both the ongoing licensing round and future exploration.