Smallsats from Rwanda and Egypt Launch from ISS 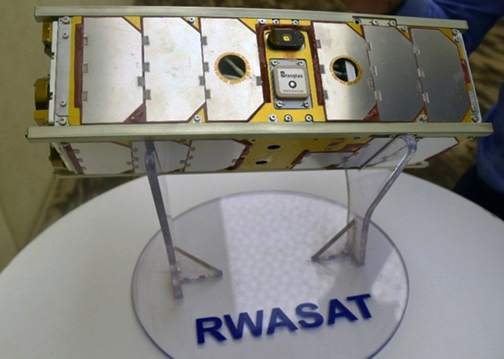 In a posting by David Oni at the Space in Africa infosite, he reports that the African space industry has recorded another milestone as the nations of Rwanda and Egypt have launched their 1st and 8th satellites (NARSScube-1 and RWASat-1), respectively.

The satellites were carried aboard Japan's Kounotori-8, (aka HTV-8), a robotic cargo spacecraft carrying a payload of supplies, experimental materials and new replacement batteries to help power the International Space Station (ISS).

The HTV-8 which was launched by Japan’s Mitsubishi Heavy Industries (MHI) from one of the company's H-IIB rockets, which was designed to carry both a pressurized and unpressurized cargo compartments.

The rocket, which was commissioned by Japan’s Aerospace Exploration Agency (JAXA), took off from Japan’s Tanegashima Space Center at its scheduled instantaneous launch window of 12:05 PM EDT (1:05 AM JST) on Tuesday, September 24, and arrived the International Space Station on Saturday,  September 28. 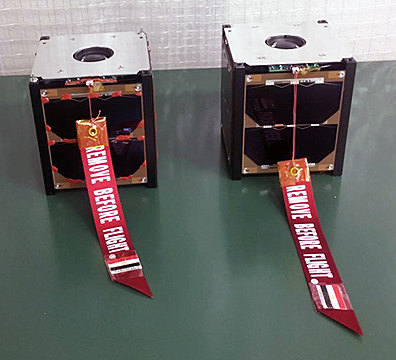 Photo is courtesy of NARSS.

Among the cargo carried onboard the HTV-8 rocket were three smallsats (AQT-D, NARSScube-1 and RWASat-1) for deployment from the International Space Station via the JEM Small Satellite Orbital Deployer (J-SSOD).

NARSScube-1 and RWASat-1 were built to the cubesat standard, and are scheduled to be released from Kibo module’s airlock later this year.