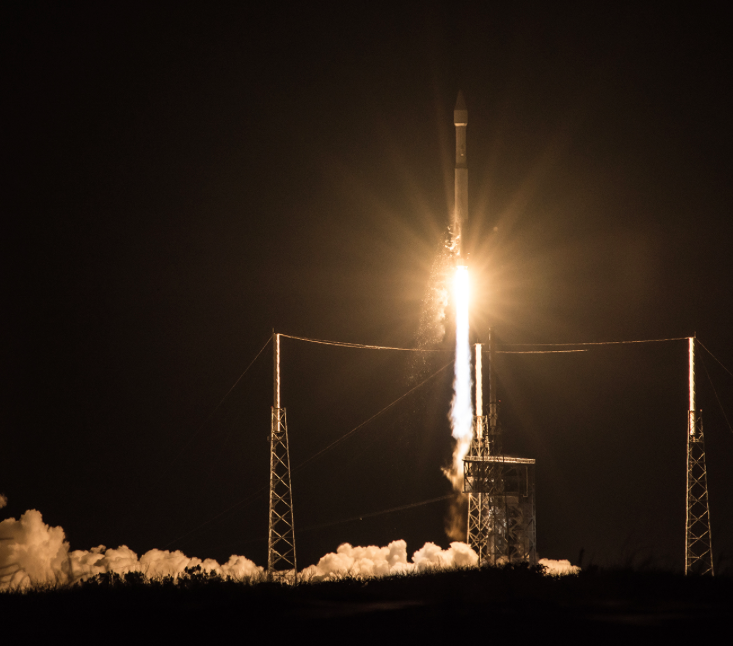 Aerojet Rocketdyne created the propulsion systems on the Atlas V.

“It’s an honor to know our propulsion systems helped place another critical satellite into orbit in support of our nation’s defense – one that will provide key capabilities in the areas of missile warning, missile defense, technical intelligence and battlespace awareness,” said Aerojet Rocketdyne CEO and President Eileen Drake.

The RL10C-1 was developed from the RL10 family of upper-stage engines, which have accumulated one of the most impressive track records of accomplishments in the history of space propulsion. More than 475 RL10 engines have supported launches over the last 50 years, playing a vital role in placing military, government and commercial satellites into orbit, and powering scientific space-probes on every interplanetary mission in our solar system.

Aerojet Rocketdyne provides 12 MR-106 monopropellant hydrazine thrusters in four modules on the Atlas V Centaur upper-stage which provide roll, pitch and yaw control, as well as settling burns. The GEO Flight 3 satellite has 18 monopropellant hydrazine thrusters onboard: 12 MR-103G 0.2-lbf thrusters and six MR-106L 5-lbf thrusters. Once separated from the launch vehicle, the 18 thrusters on the GEO Flight 3 satellite provide stationkeeping, three-axis control and de-spinning of the reaction wheels throughout the mission. They also provide attitude control during orbit-raising, as well as the impulse needed for final decommissioning of the satellite.

ARDÉ, a subsidiary of Aerojet Rocketdyne based in New Jersey, provided the pressure vessels on the first and second stages of the launch vehicle.

Aerojet Rocketdyne is an innovative company delivering solutions that create value for its customers in the aerospace and defense markets. The company is a world-recognized aerospace and defense leader that provides propulsion and energetics to the space, missile defense and strategic systems, tactical systems and armaments areas, in support of domestic and international markets.