An invitation to share the ride and send a payload with China's lunar launch was announced at the 69th International Astronautical Congress. The following article expands on the invitation...

China will invite international partners to place a small payload on a planned lunar sample return mission, the head of the country’s space agency said Monday. 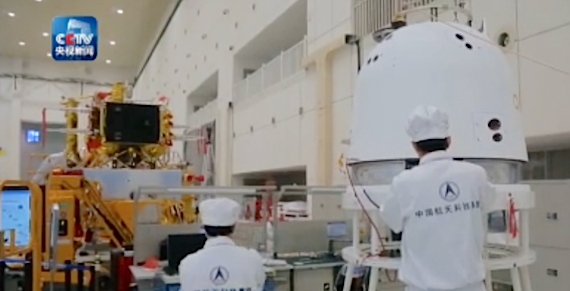 Zhang made the announcement at the Heads of Agencies plenary session at the the 69th International Astronautical Congress (IAC) which opened on Monday in Bremen, Germany.

Chang’e-6 is a backup mission to Chang’e-5, which China plans to launch in 2019 to collect 2 kilograms of samples from a site near Mons Rümker in Oceanus Procellarum in the northwest region of the nearside of the Moon.

If Chang’e-5 is successful, Chang’e-6 could target the lunar south poles or the lunar far side, using a relay satellite launched earlier this year to facilitate a first-ever mission to land on the far side of the Moon, Chang’e-4, set to launch in December.

No launch date was provided for the Chang’e-6 mission but is understood to be scheduled for the early 2020s as part of an expanded Chinese lunar exploration programme that will target the lunar poles. 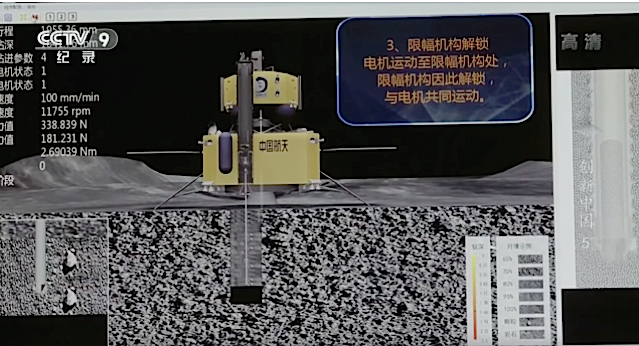 Citing the IAC motto of ‘involving everyone’, Zhang also announced that the Queqiao relay satellite launched in May to support the Chang’e-4 lander and rover mission would be available to other nations interested in exploring the far side of the Moon.

Zhang became head of the CNSA in May, made his comments through Xu Yansong, Director for International Cooperation for CNSA, who acted as interpreter.

He also stated he had, in recent days, discussed cooperation with the head of Russia’s Roscosmos State Space Corporation Dmitry Rogozin and met with NASA administrator Jim Bridenstine earlier Monday, describing both meetings as very positive.

The 8-metric-tonne Chang’e-5 probe includes a service module, lander, ascent unit, and a return vehicle. After soft-landing on the Moon and collecting around 2 kilograms of samples, the ascent module will blast off into lunar orbit where it will need to dock with the service module, close to 400,000 kilometers away from Earth. It will launch once the Long March heavy-lift launch vehicle completes a successful return-to-flight, following the failure of the second Long March 5 rocket in July 2017.

The Chang'e-6 spacecraft would have been manufactured at the same time as Chang'e-5, but likely adapted to the later mission profile.

The 10-kilogram allocation for Chang’e-6 would allow at least one instrument or experiment to fly to the Moon. The Chang’e-4 mission is hosting a 3-kg cylindrical container designed and developed with the involvement of 28 Chinese universities and is being described as the first lunar biosphere experiment. 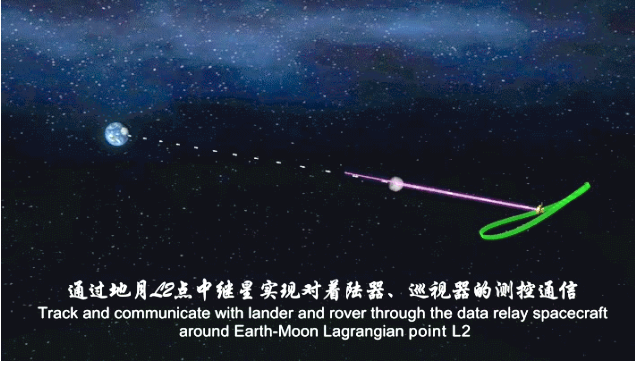 A demonstration of the lissajous/halo orbit orbit to be used by the Queqiao Chang'e-4 relay satellite mission. CASC

Meanwhile a small camera developed by KACST of Saudi Arabia is on a microsatellite in lunar orbit, launched along with a relay satellite.

The Chang’e-4 Queqiao relay satellite was launched to provide communications for a lander and rover on the lunar far side, which never faces the Earth due to tidal locking.

Queqiao currently orbits around the Earth-Moon Lagrange point 2, one of five libration points in the Earth-Moon system, some 65,000-80,000 kilometres beyond the Moon, from which it can maintain line-of-sight with both the spacecraft on the Moon and tracking stations on the Earth. It also carries the Netherlands-China Low-Frequency Explorer (NCLE) was developed by Radboud University in Nijmegen, the Netherlands Institute for Radio Astronomy (ASTRON) and Dutch company Innovative Solutions In Space (ISIS), which will attempt to receive a signal from the cosmic ‘dark ages’.

With a minimum three-year design life, it could facilitate future landings on the lunar far side from China or other nations.