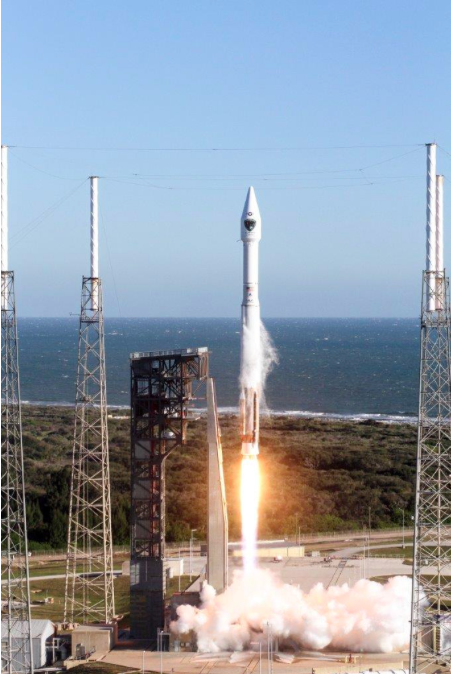 "Today's launch marks a momentous milestone in the history of the Global Positioning System. It is the twelfth and last GPS IIF satellite and closes out nearly 27 years of launches for the GPS Block II family of satellites," said Col. Shawn Fairhurst, 45th SW vice commander, who served as the Launch Decision Authority. "As the nation's premier gateway to space, we are proud to be part of the team providing GPS and its capabilities to the world and look forward to the future as we begin preparation for the next generation of GPS III satellites. Together with the Space and Missile Systems Center and our industry partners, we make up one team delivering assured space launch and combat capabilities for the nation."

An Airmen-led processing team at CCAFS has processed every satellite of the series since GPS IIF-1 launched here in May 2010.

"This is a significant milestone for GPS, the 50th GPS satellite to be delivered on-orbit," said Lt. Gen. Samuel Greaves, Space and Missile Systems Center commander and Air Force Program Officer for Space.  "The GPS IIF satellite performance has been exceptional and is expected to be operational for years to come."

This mission proves the Air Force's dedication to deliver pre-eminent space-based positioning, navigation and timing service to users around the globe. GPS is the Department of Defense's largest satellite constellation with 31-operational satellites on orbit. GPS IIF is critical to U.S. national security and to sustainment of the GPS constellation for civil, commercial and military users. Originally designed for the military user, GPS has become a global utility depended upon by more than two billion users worldwide. Even 45th SW personnel rely on GPS satellites currently on orbit to track most missions they launch from the Eastern Range at CCAFS.

Eastern Range instrumentation provides radar tracking, telemetry, communications, command/control sites, camera and optical sites, and other support capabilities such as meteorology. Instrumentation is necessary to safely and successfully conduct civil, commercial, and national security spacelift operations and ballistic missile tests and evaluation. Eastern Range assets are based on dependable designs and technology, and are arrayed in a highly efficient architecture designed to ensure safety of the launch environment and the public at large.