[Satnews] Following a series of nine orbital maneuvers, executed over several days by the CNES team in Toulouse, France, Jason-3 has reached its final orbit—traveling 348 miles and only one minute and 20 seconds behind Jason-2. 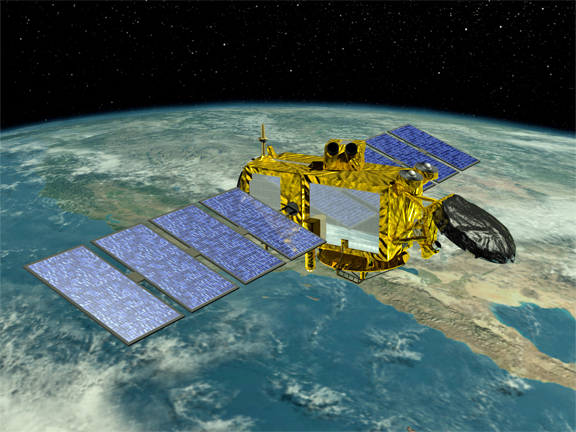 Artistic rendition of the Jason-3 satellite.

Now that the satellites are flying in tandem formation, the calibration and validation of Jason-3's data can begin. Click here to learn more about this process, and the Jason-3 milestones to come.

Jason-3, a U.S.-European satellite mission, lifted off from Vandenberg Air Force Base in California on January 17, 2016, at 10:42 a.m. PST aboard a SpaceX Falcon 9 rocket to become the latest spacecraft to track the rate of global sea-level rise. Jason-3 will also help NOAA’s National Weather Service more accurately forecast the strength of tropical cyclones that threaten America’s coasts.

While flying in a low orbit 830 miles above the Earth, Jason-3 will use a radar altimeter instrument to monitor 95 percent of the world’s ice-free oceans every 10 days. Since the Topex/Poseidon, and Jason satellite missions started in 1992, researchers have observed global sea-level rise occurring at a rate of 3 mm a year, resulting in a total change of 70 mm—or 2.8 inches—in 23 years.