WASHINGTON: The third GPS III satellite sporting the jam-proof, spoof-proof military signal called M-Code is due to be launched next month. Sadly, troops won’t be able to use that encrypted signal until at least 2021 (if then, given the program’s history of delays) because there aren’t any receivers for it yet fielded. 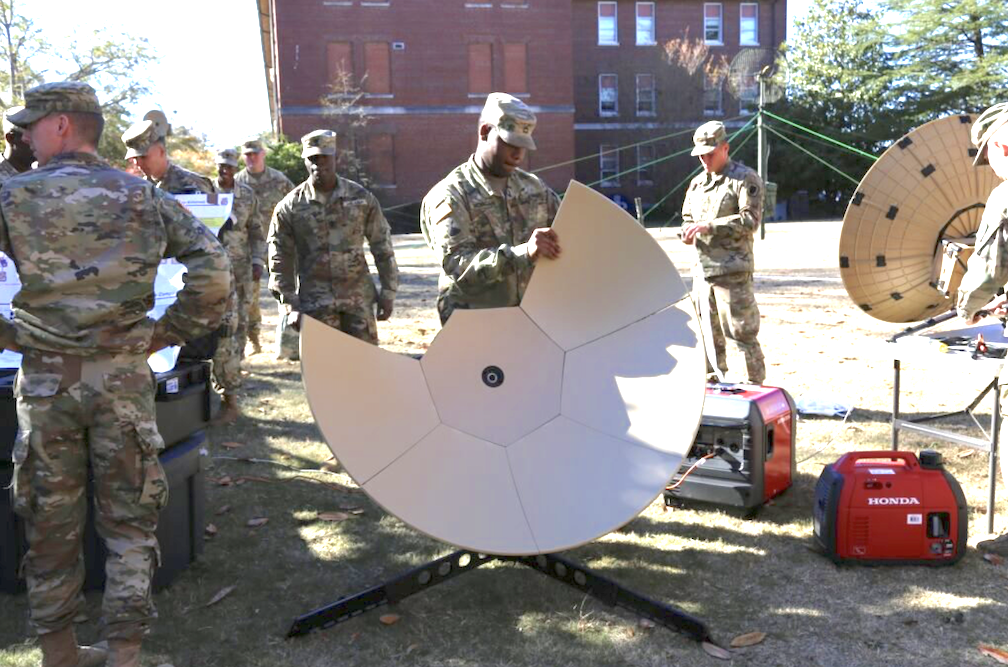 Even though satellite communications are critical to future multi-domain operations (MDO), the Pentagon seems incapable of fixing long-standing problems with ground terminals and mobile receivers that stop users in the field and weapons platforms from communicating efficiently.

What’s the problem? Some satellite terminals/receivers link to only one frequency or one type of satellite; ships and Humvees use outdated terminals that would be too expensive to replace; and sometimes new satellites end up orbiting the Earth for years without any users because the terminals to make them useful weren’t built on time. (For example, the first Navy’s Mobile Objective User System, or MUOS, satellite was launched in 2012 and the constellation of five sats was declared fully operational in November, but according to GAO “the user community still cannot monitor and manage MUOS.”)

“Satellite communications is like the air we breathe. Absent that inherent capability, missions cannot be executed, whatever that mission may be,” says Rebecca Cowen-Hirsch, senior vice president for government strategy and policy at Inmarsat Government.

As Breaking D readers know, satellite communications are central to the Pentagon’s vision for Joint All Domain Command and Control (JADC2), which in turn is central to enabling the MDO strategy and allowing linkages across all five domains of warfare (air, land, sea, space and cyber) and integrating all sensors with all shooters.

But DoD lacks a coherent strategy for acquiring satcom terminals necessary to access even its own military satellites, as the Government Accountability Office (GAO) reported in its December 19 review of the Pentagon’s June 2018 analysis of alternatives (AoA) for optimizing wideband satellite communications.

“The sheer number and types of wideband terminals DOD currently uses presents a very large challenge for changing how DoD acquires wideband SATCOM capabilities,” GAO’s Cristina Chaplain told me. “Additionally, DoD faces questions on how to govern terminal acquisitions, which currently take place in many programs spread across the services.”

DoD currently maintains 17,000 terminals that use “approximately 135 different designs,” GAO said. Those terminals operate across diverse platforms—such as ships, backpacks, vehicles — and all have differing system requirements. Many can talk to only one type of satellite. Further, while the Air Force builds satellites, terminals/receivers are usually bought by the service or command that will use the data — resulting in mismatches in timing.

GAO warned that “both our past work and the Wideband AoA found that DoD faces ongoing risks in aligning its satellite and ground control systems.”

DoD “officials estimate spending an average of $4 billion each year to acquire and sustain wideband satellite communications capabilities, including developing and fielding military satellite systems, contracting for commercial satellite communications services, and acquiring and operating satellite ground terminals,” GAO said. Note the word estimate, because in reality the Pentagon doesn’t quite have its arms around current satcom usage by the services and combatant commands — all of which have their fingers in the satcom acquisition pie.

Wideband communications satellites provide DoD with fast and reliable voice, video, and data communications to support critical military operations around the globe. Wideband satellites operate in different radio frequency spectrum bands. DoD typically relies on C, X, Ku, and Ka-bands to provide wideband connectivity, depending on where and how users are operating.

Each of these frequency bands has advantages and disadvantages for various applications. Satellite transponders operating at the lower C-band frequencies are more robust, especially when it rains (water degrades some RF signals.) Under US law, X-band usage is limited to the US government and NATO. The Ku-band can communicate with smaller antennas and is useful for mobile operations. Ka-band satellites can transmit more data, including high-speed video, than satellites using the other frequencies, but their signals are more susceptible to rain and fog.

Commercial satcom providers traditionally have used the Ku-band, but many are now expanding services to Ka-band to offer customers higher data rates. 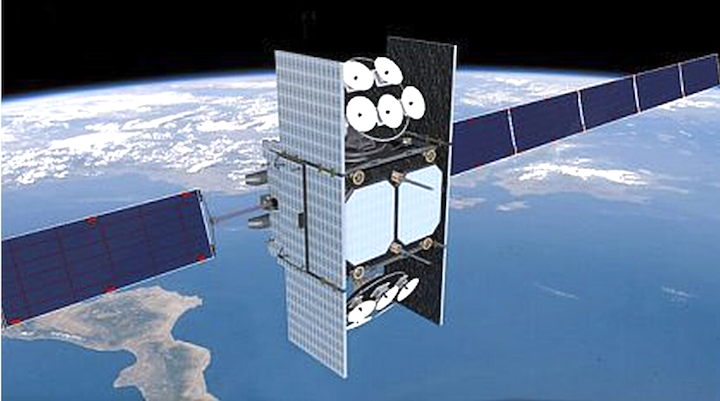 Currently, DoD relies on the aging Wideband Global SATCOM (WGS) system for much of its milcoms, along with buying commercial satellite bandwidth on a piecemeal basis. The WGS satellites, built by Boeing, can provide full-motion video in the Ka- and X-bands. There are 10 in the current constellation, and Congress in 2018 added funds for two more, overturning Air Force plans to stop procurement.

Boeing announced on Dec. 26 that it has completed development of WGS 11, to be delivered to the Air Force in 2024. According to the company, this new satellite will “deliver hundreds of coverage beams and provide a more flexible and efficient use of bandwidth. These innovations will enable the spacecraft to support more users in theater and allow dedicated beams to follow aircraft in flight.”

And, as I reported in October, Gen. Jay Raymond, head of SPACECOM and at the time also head of Air Force Space Command, is mulling a new SATCOM Enterprise Vision.That effort is aimed at creating a seamless network of military and commercial communications satellites in all orbits, accessible to troops, vehicles, ships and aircraft via ground terminals and mobile receivers that would automatically “hop” from one satellite network to another.

In addition, “DoD concluded in the Wideband AoA that integrating purpose-built satellite systems and commercially provided systems into a hybrid architecture would be more cost effective and capable than any single purpose-built or commercial system alone,” the GAO report said.

As Breaking D readers know, major commercial satcom providers, such as Inmarsat, have been pushing DoD to move toward buying so-called “managed services” (kinda like your average mobile phone or cable TV/Internet plan) rather than leasing commercial bandwidth in fits and starts for short periods of time. This, they argue, will substantially reduce the high costs of pay-as-you-go rental of commercial bandwidth. 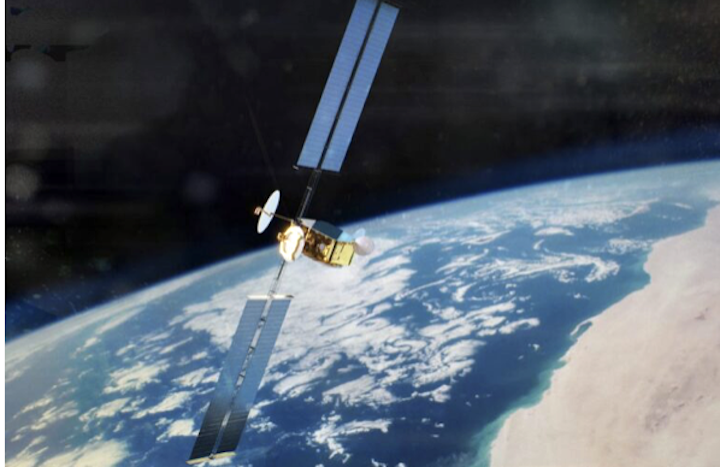 Congress has agreed with this argument, and included $49.5 million in the 2019 National Defense Authorization Act (NDAA) for DoD to pursue commercial satcom-as-a-service acquisition. However, DoD has been slow to allocate the funds as it continues to study the broader issues, and did not request new funding in 2020. Congress, however, forced another $5 million into Air Force’s budget for commercial satcom service buys in the 2020 NDAA.

Indeed, the AoA study determined that DoD needs more information about industry capabilities before pulling the trigger on buying satcom as a service. The AoA also found that buying new terminals to work with commercial systems can be expensive, due to development and integration costs.

One of the cost-drivers is that vehicles like Humvees or ships have maintenance periods that are scheduled years in advance. Thus, putting in new satcom terminals can require unscheduled maintenance that incurs not just direct costs, but also indirect costs in personnel and mission delays.

At the same time, the GAO report explains that a separate DoD study found that some terminals can be modified to operate with more types of satellites by adding new modems or software, thus reducing replacement costs. “This capability, aligned with regular terminal recapitalization schedules, can help improve terminal affordability, according to officials,” the GAO report said.

But, the watchdog agency worries, the Pentagon does not yet have a plan for implementing the AoA’s findings. One key concern is that the ongoing musical chairs regarding space acquisition is complicating decision-making. This includes the establishment of Space Command, the launch of the Space Development Agency and the new Space Force.