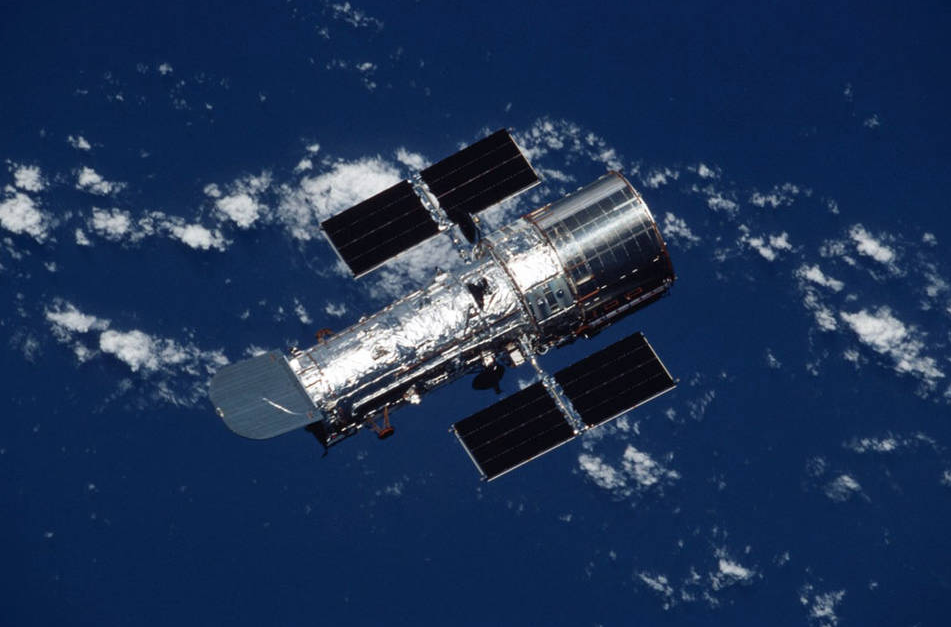 [SatNews] NASA is celebrating the Hubble Space Telescope's 25th anniversary with a variety of events highlighting its groundbreaking achievements and scientific contributions with activities running April 20-26.

Hubble, the world’s first space telescope, was launched on April 24, 1990 aboard the space shuttle Discovery. In its quarter-century in orbit, the observatory has transformed our understanding of our solar system and beyond, and helped us find our place among the stars.

Starting at midnight EDT on Monday, April 20, and running through Sunday, April 26, images taken by the Hubble Space Telescope will be broadcast several times each hour on the Toshiba Vision dual LED screens in Times Square, New York.

The IMAX movie Hubble 3D is playing at select theatres across the United States throughout April. Hubble images come to vast, three-dimensional life, taking audiences through the telescope's 25-year existence and putting them in orbit with astronauts during the latest servicing mission. For more information and the trailer, visit: http://hubblesite.org/hubble_20/imax_hubble_3d/

Commemorative 3-D Hubble model and logo files will be available beginning April 20. The files can be downloaded and printed using a 3-D printer and assembled into a miniature Hubble model. For more information, visit: http://nasa3d.arc.nasa.gov

Friday, April 24 (8 to 9 p.m.)— Smithsonian’s National Air and Space Museum, 600 Independence Ave. SW, Washington. Astronauts, scientists, engineers, technicians, educators, and staff who have contributed to Hubble’s success will be honored at a closed ceremony, followed by talks from prominent officials whose significant contribution to space science have made Hubble possible.