A Russian satellite made a series of maneuvers in October 2017 that was “inconsistent" with its expected behavior and marks “a very troubling development,” a top U.S. diplomat said during a speech August 14. 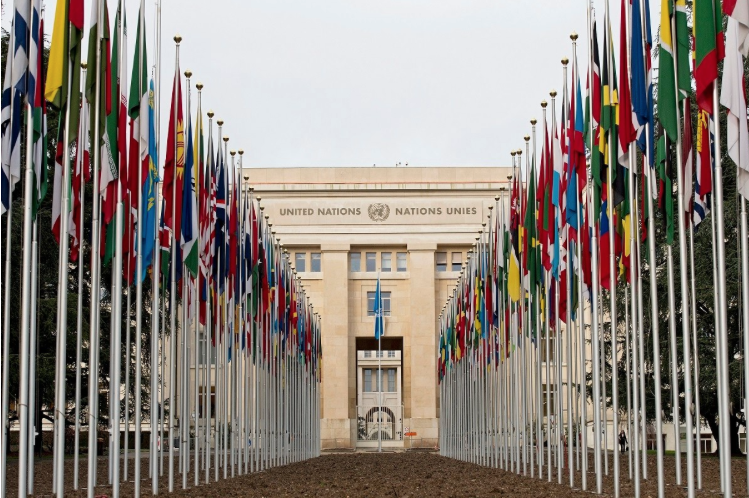 Assistant Secretary of State for Arms Control, Verification and Compliance, Yleem Poblete, addressed the Conference on Disarmament at the UN headquarters in Geneva on Tuesday. (Jean-Marc Ferré/UN photo)

“In October of last year the Russian Ministry of Defense deployed a space object they claimed was a ‘space apparatus inspector.’ But its behavior on-orbit was inconsistent with anything seen before from on-orbit inspection or space situational awareness capabilities, including other Russian inspection satellite activities,” said Yleem Poblete, the State Department's assistant secretary of state for arms control, verification compliance. (The entire speech can be seen here). “We don’t know for certain what it is and there is no way to verify it. But Russian intentions with respect to this satellite are unclear and are obviously a very troubling development—particularly, when considered in concert with statements by Russia’s Space Force Commander."

Poblete’s comments were part of an address made at the Conference on Disarmament in Geneva, Switzerland. The address comes less than a week after the Pentagon announced it would establish a Space Force as a sixth military branch. The Department of Defense released a report Aug. 9 outlining the need for and potential organizational structure of a Space Force. In particular, U.S. officials are worried about advances from China and Russia.

Poblete used the address to highlight the potential threat of Russian space weapons such as anti-satellite weapons or missiles designed to destroy satellites.

“The Russian Ministry of Defense recently announced that its Space Troops have received a mobile laser system which Vladimir Putin announced to the world on March 1 of this year. Russia’s leader himself alluded to space weapons being ‘more acceptable in the political and military respect’,” Poblete said.

She said the purpose of the satellite detected in October remains unclear but that U.S. officials find the development especially concerning after Russia’s Space Force Commanded highlighted the importance of assimilating new weapons prototypes into its Space Force.

In April, the Center for Strategic and International Studies (CSIS) released a Space Threat Assessment report that identified Russia’s space force and anti-satellite technology as one of the significant threats to the United States.

The report pointed to the Soviet Union’s history of developing and operating anti-satellite weapons and the use of rendezvous and proximity operations (RPO), which involves moving a satellite to a target to damage or destroy it, as part of Russia’s advantage as it continues to develop space technology.

Similarly, a report from the Secure World Foundation, also from April, found that Russia is investing heavily in Rendezvous and Proximity Operations, or RPO – the ability to have a system in space maneuver around and interact with another nation’s satellites. However, that report noted there is “no proof” these are disruptive capabilities as opposed to intelligence gathering investments