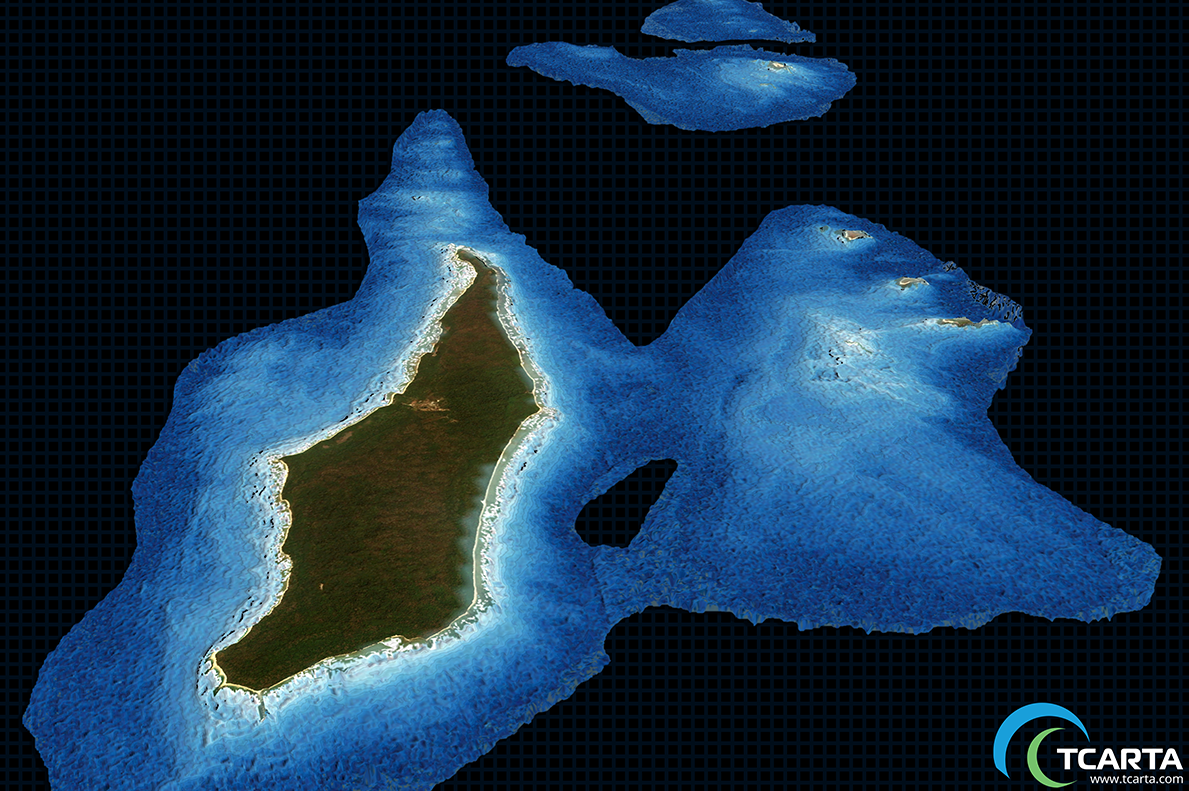 Satellite Derived Bathymetry (SDB) at a resolution of 10m.

Efficiency really proved to be a major factor when TCarta, a global provider of marine geospatial products, delivered satellite derived bathymetry (SDB) to Total SA (Total), one of the world’s largest oil and gas producers in just a few weeks instead of months and one tenth the cost. Total will use the water depth data for preparing seismic survey works off the coast of Myanmar (formerly Burma).

TCarta generated the SDB dataset by digitally extracting accurate water depth measurements from multispectral imagery acquired by the European Space Agency’s Sentinel-2 satellite. The resulting bathymetric data had a point spacing of 10 meters with measurements to a depth of 15 meters. The deliverable covered a 30-square-kilometer area around Preparis Island in the Bay of Bengal. Total contracted with TCarta for the Preparis Island project following a benchmark study that also generated high-quality bathymetric data from Sentinel-2 imagery.

“Our processing team delivered the satellite derived bathymetry just a few weeks after Total placed the order,” said TCarta CEO David Critchley. “Traditional airborne or shipborne bathymetric mapping would have taken several months and cost ten times more.” He continued that global energy companies are becoming one of the largest markets for TCarta SDB and other marine geospatial products.

SDB products created by TCarta are appreciated among energy exploration and production companies, as well as environmental organizations and infrastructure development firms, due to their cost effectiveness and rapid turnaround. In addition, the remote collection of imagery by satellite poses no risk to personnel or the environment. And the bathymetric data can be captured in all parts of the world, even where security restrictions limit operation of aircraft or ships. 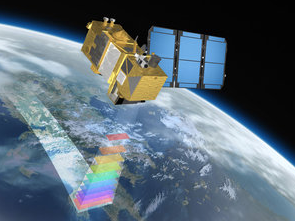 Another TCarta product used extensively in offshore hydrocarbon exploration and production is the Global GIS Bathymetry Package. This GIS-ready dataset provides a level of marine information that is superior to public-domain data for areas throughout the world. The 90- and 30-meter products each contain a Digital Bathymetry Model with spot-depth values, contour lines, and high-resolution shorelines derived from multiple data sources. These include nautical charts, single- and multi-beam survey data, LiDAR, SDB, altimetry data and seismic survey derived depths.

In 2017, the UK firm launched its Bathymetrics online portal making it convenient for purchases enabling customers to search for the availability of off-the-shelf TCarta products, including Satellite Derived Bathymetry and 90-meter bathymetric datasets. Clients can search for data, place an order, and instantly download the purchased products.