ABS' Expansion...Covers 80 Percent Of The World's Population + Ramps Up For More (Launches)


[SatNews] ...launched its sixth satellite in February 2014, covering 80 percent of the world's population including the emerging markets of Africa, Asia, Europe, Middle East and Russia / CIS. 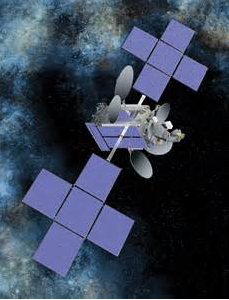 ABS, a global satellite communications company, is preparing for a major business expansion with the launch of ABS-2A and ABS-3A in 2014/2015 and further satellites to be added to the fleet in the following two years. ABS launched its sixth satellite, ABS-2 in February 2014, covering 80 percent of the world's population including the emerging markets of Africa, Asia, Europe, Middle East and Russia / CIS.  ABS offers a complete range of solutions to broadcast, data and telecommunications services providers, major enterprises and government organizations.

ABS, established in 2006 as Asia Broadcast Satellite, has proven to be one of the fastest growing satellite operators in the world, with an average annual revenue growth rate of over 30 percent during the past six years. The company received the "Deal of the Year" award from the Export-Import Bank of the United States (Ex-Im Bank) in April 2014.  This was a result of ABS' purchase of three satellites built by Space Systems/Loral (SS/L) and Boeing Satellite Systems, as well as two space launches provided by SpaceX.

ABS 3A [Boeing] ABS 2A similar

ABS' was further strengthened following the order for two all-electric satellites from Boeing Satellite Systems in March 2012. These two satellites will be the first all-electric types in the world to enter service, with the launch of ABS-2A and ABS-3A into geostationary orbit in late 2014 and 2015.

“In less than a decade, ABS has grown dramatically from being a single satellite operator to being a global industry leader," said Tom Choi, CEO of ABS. "By providing technologically advanced and cost-effective solutions designed to offer our customers the best possible value, ABS has rapidly established itself as a reliable and trusted partner to a prestigious list of global customers and is now well positioned for major global expansion”.