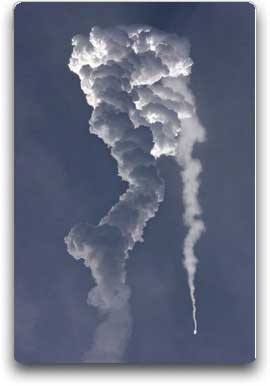 India has launched an Israeli-built spy satellite to boost its surveillance capabilities after last year's Mumbai attacks exposed glaring holes in its defense apparatus. The spy satellite launch also highlights growing defense ties between Israel and India. In 2007, Israel replaced France as the second-largest arms supplier to India after Russia. Photo on right: The satellite was launched from a site in southern India Courtesy [AFP]

The satellite, RISAT 2, was launched from the Sriharikota launch site, 90km north of the southern city of Chennai, on Monday. "The launch was perfect and the satellite is in orbit," a spokesman for the Indian Space Research Organisation (ISRO) said.