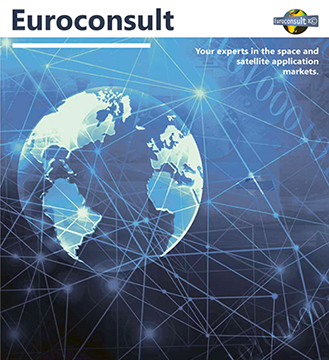 According to the 11th edition of Euroconsult's report, Satellite-Based Earth Observation: Market Prospects to 2027, the commercial Earth observation (EO) data market could reach $2.4 billion in 2027, driven by a mixture of defense and new commercial markets and supported by the arrival of new constellation operators. 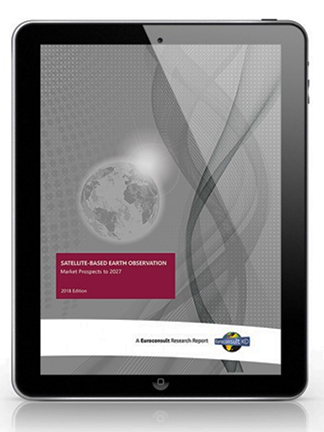 The EO market for value-added services (VAS) should reach more than $5.7 billion by 2027; potential new service areas with entrants focusing on developing constellations to support high-frequency change detection could even see the VAS market reaching $9 billion in our upside scenarios.

For this new edition, Euroconsult has revisited their market estimates and forecast methodologies in this fast-changing environment, deepening the firm's bottom-up analysis.

Euroconsult has identified approximately 15 companies that have announced intentions to develop low-cost constellations based on smallsat technologies. This has been aided by the advancement in several areas such as miniaturization of components, enabling the development of more capable satellites at a lower mass. We anticipate the launch of nearly 1,500 smallsats (most of them below 50 kg.) to serve EO applications and see the years 2020-2022 as a major transition period. While new constellations being put forward are predominantly optical, SAR solutions and even hyperspectral or video are also now emerging.

The advent of new cost-efficient solutions collecting data at a higher frequency rate should transform services generation and delivery. Optimized analytics and increasing use of artificial intelligence, being pushed by both start-ups and established players, should contribute to an increase in the value proposition, and to the enlargement of use cases for satellite-based data.

The fast-evolving capabilities and the challenges attached to the development of business opportunities should favor a transformation of the ecosystem. While government and private end-users will be eager to leverage new capabilities, strategic partnerships and/or different forms of consolidation and vertical integration should contribute to reshaping the industry in the next three to five years.

Pacôme Révillon, CEO of Euroconsult, said that under this approach, location-based services (LBS) and finance are relatively new markets with a large potential — the two combined could represent a revenue opportunity of more than $2 billion in 2027. LBS markets are built around the monitoring of specific point targets; the finance sector is similar in the change detection analytics being built, but with a clear focus on financial institution end-users.