From Schriever Air Force Base, Colorado ... 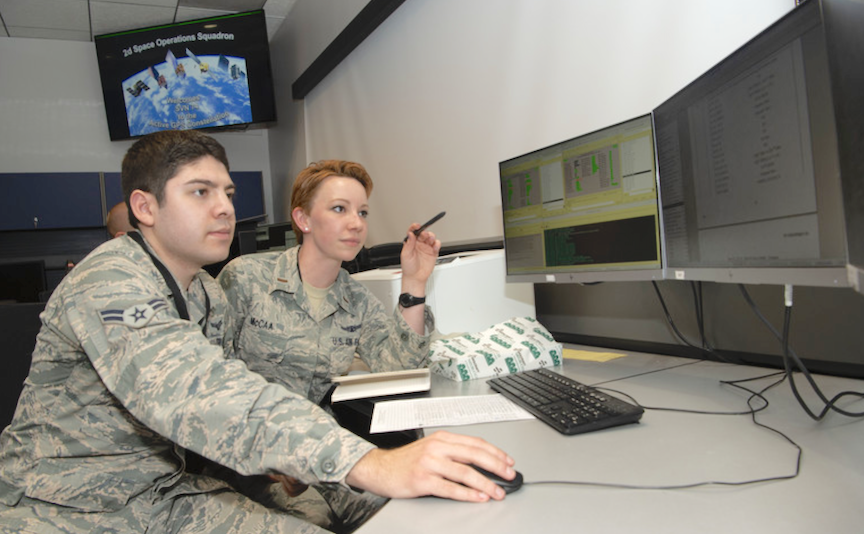 Setting SVN-74 healthy and active means the satellite will be available for use by military and civilian GPS users around the world as part of the constellation currently maintained by the squadron. This makes the satellite the first iteration in the GPS III family to join the active constellation following its launch December 23, 2018.

“In order to operate GPS III, we first had to install Architecture Evolution Plan 8.0,” he said. “This allowed our squadron to control the new satellite without a next generation operational control system. The 2nd SOPS training and evaluations flight was able to expeditiously give our operators top-up training that allowed them to become comfortable with the new satellite.”

The GPS III vehicle family provides new capabilities vital to ensuring the fidelity of the constellation and signal in the contested, degraded and operationally limited environments.

According to the Lockheed-Martin press release, GPS III satellites have three times better accuracy and up to eight times improved anti-jamming capabilities than their predecessors, and a design life extending 25 percent longer than the newest GPS satellites on-orbit today. GPS III’s new civil signal will also make it the first GPS satellite to broadcast a compatible signal with other international global navigation satellite systems, like Galileo, improving connectivity for civilian users.

2nd SOPS is already preparing for the second GPS Block III vehicle in orbit, awaiting its day to become healthy and active.

“There are vehicles currently projected to be put into the constellation and then following this there will be the Block III-F follow-on vehicles,” said Capt. Kaoru Elliot, 2nd SOPS assistant director of operations. “With those vehicles in place, all of those capabilities will come into the next decade.”

A third vehicle for GPS III is scheduled for launch later this year.

“It [GPS Block III vehicle two] is being managed currently by Lockheed-Martin,” Elliott said. “They are the ones actually getting the satellites up there and once it is up in orbit, they make sure everything is good before handing it over to us.”

The work within 2nd SOPS to ensure SVN-74 is healthy and active in the constellation shows their commitment to continue providing the gold standard of position, navigation, and timing to 4 billion users around the world.