Lift-off occurred at 9:59 a.m. ET from NASA’s Wallops Flight Facility, Wallops Island, Virginia. The Cygnus capsule will mate with the International Space Station and the satellites will remain there until deployment in early 2020.

SMC and partners have now reported that the Aerospace Rogue Alpha/Beta CubeSats have been successfully delivered to the International Space Station. 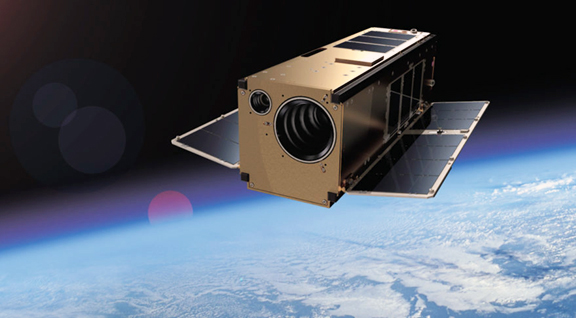 The mission, designated NG-12, started with the on-time launch of an upgraded Northrop Grumman Innovation Systems Antares 230+ rocket from the Mid-Atlantic Regional Spaceport’s Pad 0A November 2 at 9:59 a.m. EDT from NASA’s Wallops Flight Facility in Virginia.

Northrop Grumman’s Cygnus resupply spacecraft, which carried the Aerospace Cubesats to orbit aboard the S.S. Alan Bean, named in honor of the Apollo 12 moonwalker and Skylab 2 astronaut who died last year, was successfully grappled by the Canadarm 2 robotic arm on November 4 at 4:10 a.m. EST over the island nation of Madagascar for berthing to the space station’s Unity module by NASA astronauts Jessica Meir and Christina Koch. The cubesats will remain there until deployment in January 2020.

The Aerospace Cubesats have officially achieved their priority mission of developing a smallsat LEO constellation in just 18 months. The cubesats will now collect data on cloud backgrounds to inform future LEO missions. The Air Force will also utilize this program’s data to investigate potential uses of the capability.

Colonel Dennis Bythewood, SMC’s program Executive Officer for Space Development, noted that the Cubesats have been successfully delivered to the International Space Station and SMC is now awaiting their deployment so that data can be collected for future space development missions.

Dr. Jeff Emdee, GM of the Space Development Division at The Aerospace Corporation, said the company is pleased to have delivered the Aerospace Rogue CubeSats to the International Space Station. The cubesats were conceived under the firm's Agile Mission Assurance initiative to demonstrate a rapid reconstitution capability and were designed and produced for SMC’s Development Corps in less than 18 months using the small form factor of the proven AeroCube platform.”

This delivery, on Northrop Grumman’s 12th cargo flight to the space station and the first under its Commercial Resupply Services 2 contract with NASA, will support dozens of new and existing investigations. The NG-12 Cygnus spacecraft will remain at the space station until January before it disposes of several thousand pounds of trash through its controlled reentry into Earth’s atmosphere.

Original launch news story
The Aerospace CubeSats have officially achieved their priority mission of developing a small LEO constellation in just 18 months. The satellites will now collect data on cloud backgrounds to inform future LEO missions. The USAF will also use this program’s data to investigate potential uses of the capability. 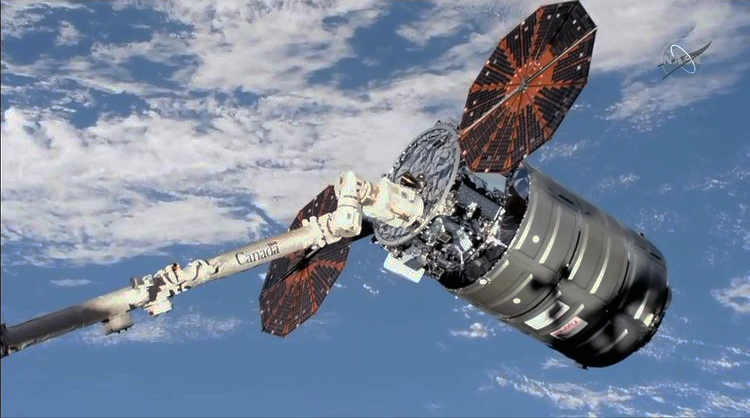 Colonel Dennis Bythewood, Program Executive Officer for Space Development, said the successful launch of the Aerospace CubeSats marks a huge achievement for SMC and its partners. This mission has set a precedent for speed and will also provide us with much needed data for future space development programs. 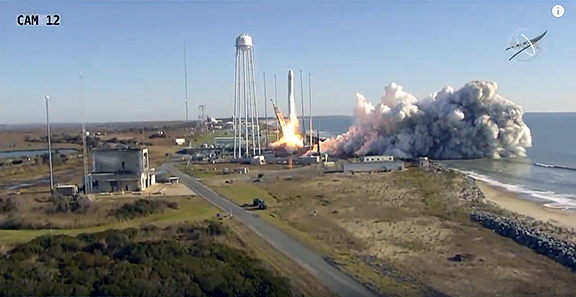 The Northrop Grumman NG-12 Resupply Launch, with the Cygnus spacecraft aboard, lifts off from the Wallops Flight Facility in Virginia. Image is courtesy of NASA.

The cubesats were designed, built, and tested by The Aerospace Corporation, a national nonprofit corporation that operates as a federally funded research and development center dedicated to advancing the nation’s missions in space. The Rogue Cubesats design emphasizes Commercial-off-the-Shelf (COTS) sensors, non-exotic parts and features a high-speed laser communications system that will enable downlinks of large image files. These dual smallsats will also use novel wavelengths for infrared sensing.

The mission priority is to investigate the feasibility of developing small and low-cost satellites as a means of rapidly reconstituting a proliferated LEO constellation. Rogue has succeeded so far by meeting its targeted 16-month design, build, and test timeline. The satellites will also work on jump starting LEO cloud scene processing and provide test data for new short-wave infrared band satellites.