United Launch Alliance has released a statement regarding the successful launch of the AEHF-4 satellite for the U.S. Air Force.

“ULA’s unparalleled record of successfully launching and placing payloads in orbit signifies our profound commitment to national defense,” said Tory Bruno, ULA president and CEO. “We remain the only launch provider capable of placing our customers’ payloads into any national security space orbit, anytime, which we’ve proudly exhibited through 50 launches for the U.S. Air Force.”

“Over the past 12 years, the men and women of ULA have reliably delivered dozens of Air Force payloads into orbit from GPS to WGS, and SBIRS to AEHF,” said Gen. Jay Raymond, commander of Air Force Space Command. “ULA’s unprecedented 100 percent launch success has directly contributed to our national security. Congratulations to the entire launch team on a successful 50th launch for the U.S. Air Force.” 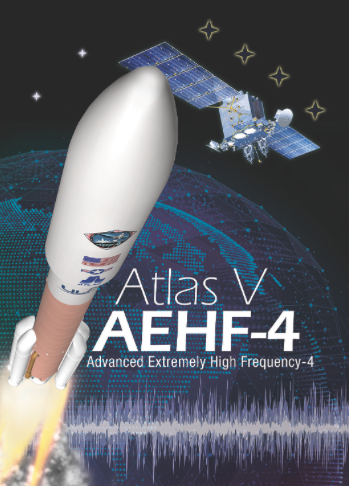 Producing more than two and a half million pounds of thrust at liftoff, the Atlas V 551 configuration rocket is the most powerful in the Atlas V fleet. The 551 rocket has launched groundbreaking missions for our nation—from the critically important Mobile User Objective System (MUOS) constellation to historic science missions including New Horizons, the first mission to Pluto, and the Juno mission to Jupiter.

“Today’s launch exemplifies ULA’s ongoing commitment to 100 percent mission success,” said Gary Wentz, ULA vice president of Government and Commercial Programs.”My sincere thanks to the entire ULA team and our mission partners who made this, our 50th launch for the U.S. Air Force, possible.”

AEHF-4 is ULA’s eighth launch in 2018 and 131st successful launch since the company was formed in December 2006.

ULA's next launch is the NROL-71 mission for the National Reconnaisance Office on a Delta IV Heavy rocket. The launch is scheduled for November 29 from Space Launch Complex-6 at Vandenberg Air Force Base, California.