SpaceX Heats Up...Signs On Two Of The Hottest Markets

[SatNews] “Over the past decade, we have seen launch prices increase dramatically, making access to space out of reach for many programs."

“This announcement marks SpaceX’s first launch contract in Mexico.  It is also the second launch contract in Asia that we have signed in the last month,” said Elon Musk, SpaceX CEO and Chief Technology Officer.  “Asia and Latin America represent two of the world’s hottest markets for commercial satellite operators.  SpaceX is ready to provide them with the solutions they need to add capacity and meet growing demand.” 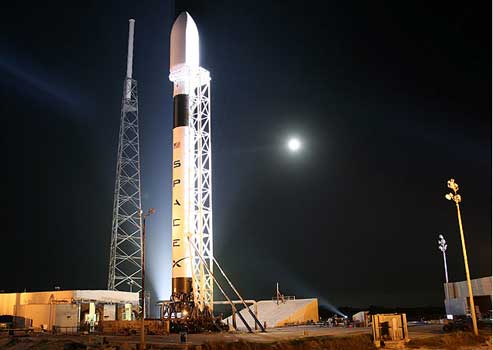 “We are very pleased to have SpaceX, the world’s fastest growing space launch company, as our launch partner for Satmex 7. Satmex is positioned for a new era of growth with the anticipated launches of Satmex 8 in 2012 and Satmex 7 in late 2014 or early 2015. The addition of Satmex 7 (C and Ku band satellite) will expand our fleet to three satellites covering the Americas. Satmex 7 will be a cornerstone of the Satmex fleet designed to provide direct-to-home (DTH) and data services with increased power levels and improved elevation angles from any location within the coverage. These benefits will provide better performance to deliver media content directly to homes as well as broadband services,” said Patricio Northland, CEO of Satmex.

“Over the past decade, we have seen launch prices increase dramatically, making access to space out of reach for many programs.  As one of the fastest growing satellite operators in the world, ABS requires access to space that combines affordability and lift capacity for our future satellite programs,” said Tom Choi, CEO of ABS. “Together with Satmex, our co-launch partner, we embark upon an innovative prospect of dual launching four medium-powered satellites on two launches on the Falcon 9. We are extremely happy to be working with Satmex and SpaceX to dramatically realign the cost structure of space access in order to bring the affordable capacity demanded by our customers.”