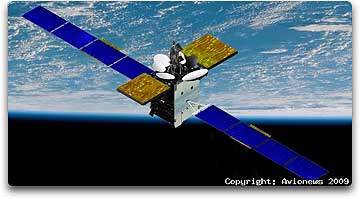 The launch of the SICRAL (Italian Reserved Communications and Alarm System) 1B satellite took place this morning at 10:16 am CET (8:16 am GMT) from a Sea Launch platform in the Pacific with a Zenit-3SL launcher. The 1B is the second spacecraft within the project after 1 launched in 2001. The successful project is the result of Italian Telespazio and Thales Alenia Space, and will have an estimated operational lifespan of 13 years.

The SICRAL program supplies the Italian ministry of Defense, NATO and friend Countries with satellite communications capacity for strategic and tactical links in Italy and for out-of-area operations, with terrestrial, naval and air platforms assured until 2025 with the progressive launch of new satellites. The launch of the SICRAL 2 is scheduled in 2013.

This public-private partnership between the Italian Defence General Staff and Finmeccanica, enables the SICRAL 1B satellite to supply communication support in the three main frequency bands UHF, SHF and EHF. It will be put in a geostationary orbit 36,000 km from Earth at 11.8 degrees E.

Thales Alenia Space is responsible for developing the SICRAL program, building the first two satellites and for providing some parts of the ground segment, including the telecommunications control center in Vigna di Valle. SICRAL 1B, like SICRAL 1, was designed and integrated, as regards all its components, at the facilities of Thales Alenia Space Italia. Photo Courtesy of Avionews
Topical Tags :
Military
Agencies
Regulatory/Government
Launch
Satellite Operator
Regional Tags :
Europe
Global