Thuraya + Expansys... Expand Distribution Of New Gen SatSleeve Models +  Go Where Others Have Never Gone Before

[Satnews] Mobile Satellite Services (MSS) operator Thuraya Telecommunications confirms it is extending the delivery of its products in the retail market thanks to an agreement with online retailer Expansys. The news coincides with the launch of a new generation of SatSleeve models—atSleeve+ and SatSleeve Hotspot—which build on the original SatSleeve concept by offering greater choice, improved quality and a new hotspot option.

Thuraya will deliver its full SatSleeve product family to key target markets, which extends to a consumer audience alongside key enterprise sectors. SatSleeve+ and SatSleeve Hotspot appeal to travelers, adventurers and outdoor sports people, as well as anyone who simply wants the assurance that their smartphone will connect even when terrestrial networks are unavailable or damaged. 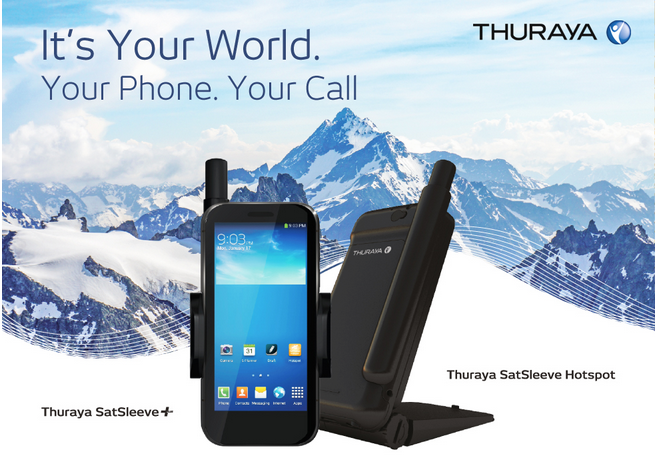 Thuraya’s Chief Executive Officer, Samer Halawi, said, “When your products break convention by going beyond standard thinking, you need to be equally creative in developing new routes to get those products to market. Working with Expansys, we’re making sure SatSleeve+ and SatSleeve Hotspot become fully accessible to a significant consumer audience.”

The agreement marks new ground for Expansys too: this is the first time the online retailer has offered satellite handset devices. Richard Daly, Expansys Chief Executive Officer, said: “It is clear there is a large market out there for the new SatSleeve models, and it’s one that needs easy, direct access to the product itself. We can connect the Thuraya SatSleeve product range with consumers across Europe in a way that simply hasn’t been done before.”

Thuraya and Expansys will also deliver an extensive range of marketing support throughout the year, including complementary cross-selling opportunities as well as the depth of a sustained online demand generation campaign.

Halawi said: “This retail campaign with Expansys will be supported by targeted marketing for SatSleeve+ and SatSleeve Hotspot across a prolonged period. This will allow us to drive product sales and boost awareness of both the SatSleeve and the Thuraya brands, creating a fantastic opportunity to save and improve more lives than ever before.”