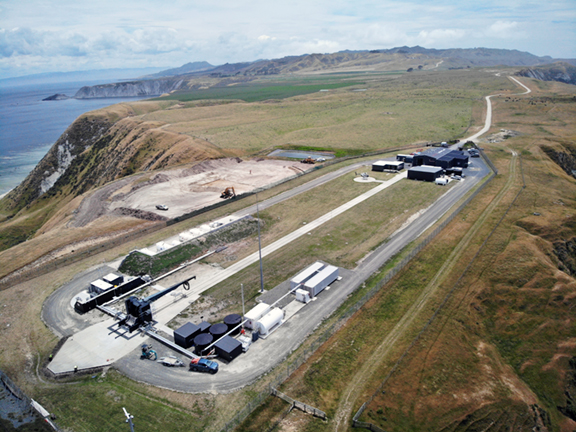 The new pad, to be named Launch Complex 1 Pad B, is the latest in a series of developments by Rocket Lab to support frequent and responsive launch capability for smallsats. As the world’s only private orbital launch site, Launch Complex 1 is licensed for as many as 120 missions per year. The addition of a new pad within the complex will bring that high-frequency launch cadence closer by eliminating pad recycle time and enabling launches just days apart.

Initially opened in 2016 with a single pad and vehicle hangar, Launch Complex 1 has grown to include extensive range control operations and vehicle integration facilities equipped to process two Electron vehicles simultaneously. The site is also home to two 100K class cleanrooms for payload processing on site, each with dedicated and private customer facilities.

Ground works on the Launch Complex 1 Pad B began in December of 2019 with construction due for completion in late 2020. Concurrent launches from Launch Complex 1 will be possible from the site within the next 12 months.

Pad B will replicate the layout and systems of the current operational Pad A, including a 7.6-ton strongback and launch mount for the Electron vehicle. Pad B will also make use of existing shared infrastructure, including the vehicle integration facility and range control. In the next 12-18 months, around 15 new roles will be recruited to support Launch Complex 1 across engineering and pad technicians, site operations and maintenance, launch safety, and administration.

Rocket Lab Founder and CEO Peter Beck said that responsive access to space is about more than the rocket – it also requires responsive launch pads. With the opening of Launch Complex 2 in the U.S. and now the addition of Pad B at Launch Complex 1, Rocket Lab operates three individual launch pads to provide unmatched launch frequency and responsiveness for small satellites.

Rocket Lab’s Vice President – Launch, Shaun D’Mello, added that by operating two pads at Launch Complex 1, the company eliminates the stand down period required between launches for a full pad recycle. Pad A at Launch Complex 1 has been a workhorse for the company with 10 Electron launches so far. Rocket Lab is now looking forward to expanding on that launch heritage with a new pad and growing launch team.