Australian Internet of Things (IoT) startup Fleet Space Technologies has announced their launch plans for the first of two smallsats, Centauri I and II, in 2018. 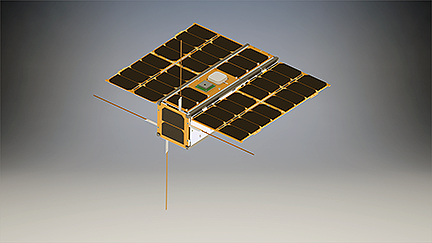 Fleet Space Technologies is developing nanosatellite technology (satellites weighing less than 10 kg., roughly the size of a shoebox) in partnership with some of the world’s leading aerospace engineers. The company's first satellite will establish a global network that will connect the world’s sensors and devices at no cost. According to the company, just one satellite has the ability to cover 90 percent of the Earth.

Over the coming years, the Adelaide-based business will create a constellation of smallsats to create a scalable, global network to help connect many of the 75 billion sensors expected to dot the world over the next decade, laying the foundations for the next industrial revolution. Fleet Space Technologies’ nanosatellites will bring mass-scale efficiencies for industries like agriculture, mining, and logistics by enabling businesses to gather complex, revealing data to improve operations. Nanosatellite technology is ushering in unprecedented connectivity at a fraction of the cost of large scale, multinational space exploration projects, with lean manufacturing capabilities, simpler technologies and smaller payloads.

Fleet Space Technologies is undertaking a variety of pilot projects to develop the technology, with applications ranging from precision agriculture and virtual fences to maritime logistics and mining. This year, Fleet Space Technologies also began selling the Portal, an IoT hub that takes information from sensors within a 15km radius, and delivers only the most pertinent information via edge computing. The Portal will allow businesses to scale their IoT capability quicker and more affordably.

Fleet Space Technologies co-founder and CEO, Flavia Tata Nardini, said this is a huge milestone, to have secured the firm's first satellite launches with incredible organizations. Fleet Space Technologies is thrilled to work alongside some of the world’s leading space innovators to help transform industries down on Earth.Our world is facing huge challenges in the upcoming years with exponential population growth, rapid resource depletion, intensifying extreme weather events and heightening environmental issues. At Fleet Space Technologies, the firm's constellation of nanosatellites will power the next industrial revolution, giving businesses new access to data and connectivity, so that many of these issues can be solved, from space.

Curt Blake, President of Spaceflight, added the company is witnessing some ambitious and innovative space startups born in Australia, and Fleet Space Technologies is no exception. Spaceflight is looking forward to helping them reach the skies and advance the next generation of space exploration.

Fleet Space Technologies is headquartered in Adelaide, Australia, and has offices in Los Angeles and The Netherlands.

To learn from the world’s foremost experts about exciting innovations such as this that will affect your business, be certain not to miss Satellite Innovation 2018! All of the details are accessible at SatInnovation.com.