Boeing plans to work with NASA to figure out why the company’s newest passenger spacecraft, the CST-100 Starliner, suffered a mishap during its first uncrewed launch to space at the end of December. The two organizations will form a joint “independent investigation team,” according to a NASA blog post, which will spend about two months figuring out the root cause of the failure. 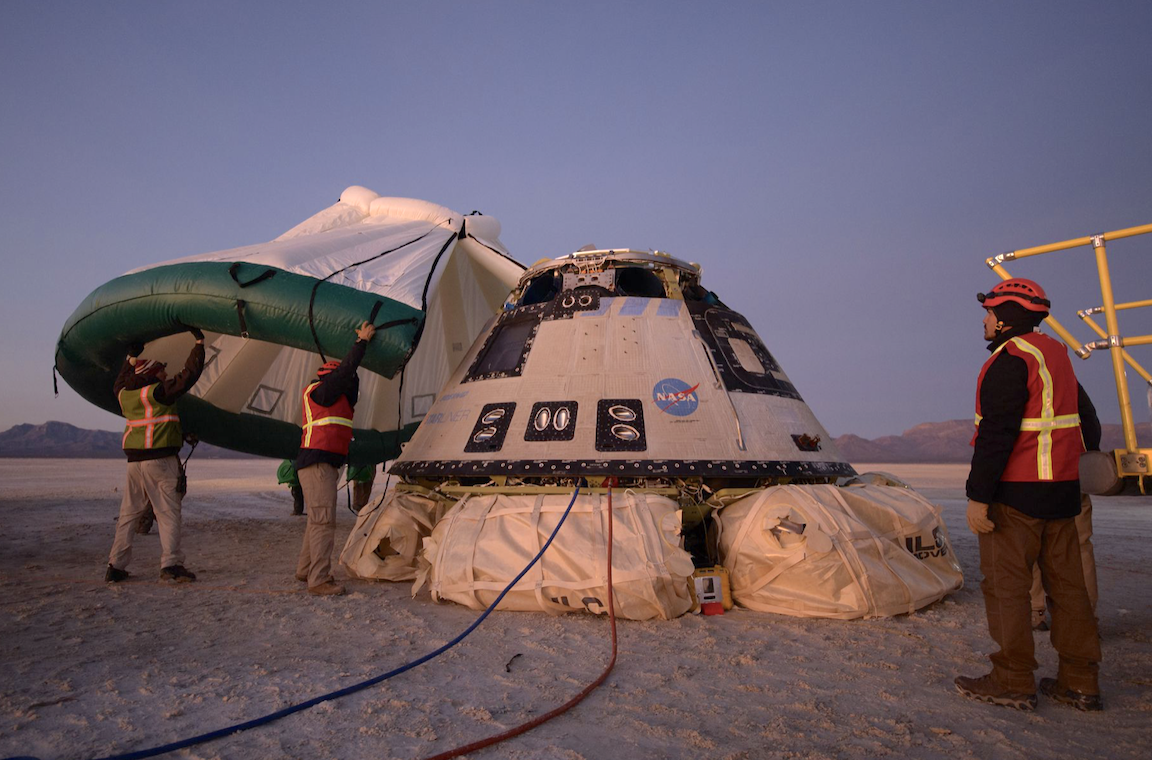 The Starliner is Boeing’s space capsule, designed to carry future astronauts to and from the International Space Station as part of NASA’s Commercial Crew Program. Before any people fly on board the vehicle, Boeing hoped to perform a dress rehearsal mission with Starliner, sending the capsule to dock with the ISS without a crew. After years of development, the Starliner launched this debut mission on December 20th, successfully taking off on top of an Atlas V rocket from Florida.

But the Starliner never made it to the space station. A glitch with the capsule’s internal clock prevented the Starliner from burning its engines at the right time during flight. As a result, the capsule ultimately got into the wrong orbit and didn’t have enough fuel to meet up with the ISS. The test mission, meant to last about a week, lasted just two days, as Boeing decided to bring the Starliner home early to demonstrate its landing capabilities. On December 22nd, the capsule used its onboard parachutes to touch down in White Sands, New Mexico.

Though NASA and Boeing seem to have a preliminary understanding of what went wrong, the new investigation team will spend the next couple of months diving into all of the data collected during the mission, and they will determine if there were any other “contributing factors” that led to the accident. Once complete, they may recommend design changes to the capsule, according to NASA.

In the meantime, NASA officials must figure out how Boeing will move forward. The uncrewed flight test was meant to test Starliner’s performance and safety, including the critical ability to autonomously dock to the space station. Boeing was able to demonstrate launch and landing, but we still haven’t seen the capsule’s docking abilities in action. NASA’s other Commercial Crew provider, SpaceX, performed its own uncrewed flight test in March 2019, demonstrating that its capsule, the Crew Dragon, could dock autonomously and then return to Earth safely.

It’s possible that NASA may require Boeing to perform a second uncrewed flight test before people ride inside the Starliner. NASA says it needs to look at the data that was collected during the December flight to determine if there’s enough information to assess the full performance of the capsule. But NASA also hinted that there may be other ways for Boeing to demonstrate Starliner’s docking capabilities that don’t involve sending the capsule to space again. “Although docking was planned, it may not have to be accomplished prior to the crew demonstration,” NASA’s blog post states. “Boeing would need NASA’s approval to proceed with a flight test with astronauts onboard.”

NASA said a decision on the next steps for Boeing could come in the next “several weeks.” While that’s happening, Boeing is transporting the Starliner from New Mexico to the company’s facilities in Florida where it will undergo additional checks and be readied for its next flight in the future. This particular vehicle received the nickname “Calypso” from NASA astronaut Suni Williams, who is set to command the vehicle when it flies to space after the first crewed test flight. The dates for those next flights are still very fluid.