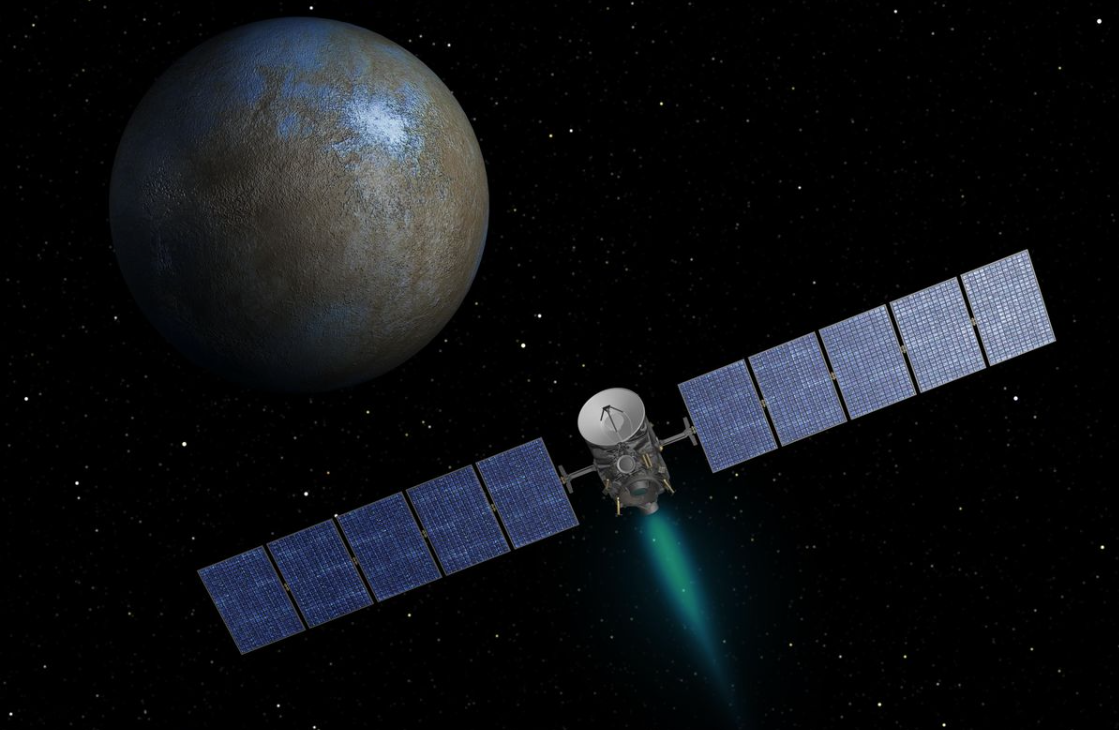 [SatNews] NASA's Dawn spacecraft entered into its first science orbit on Thursday, April 23, as scheduled. Following a delay in communicating a command sequence, the spacecraft briefly entered into safe mode and awaited further instructions, which were sent by mission controllers. As of early Friday, April 24, the spacecraft returned to normal operating mode and the mission team continues to prepare for science data collection.

Dawn delves into the unknown, drives new technology innovations, and achieves what's never been attempted before. As a mission belonging to NASA’s Discovery Program, Dawn has orbited one member of the main asteroid belt, Vesta. As of March 6, 2015, it is in orbit around a second new world, dwarf planet Ceres.

Dawn's goal is to characterize the conditions and processes of its earliest history by investigating in detail two of the largest protoplanets remaining intact since their formation. Ceres and Vesta reside in the main asteroid belt, the extensive region between Mars and Jupiter, along with many other smaller bodies. Each followed a very different evolutionary path, constrained by the diversity of processes that operated during the first few million years of solar system evolution. When Dawn visits Ceres and Vesta, the spacecraft steps us back in solar system time. 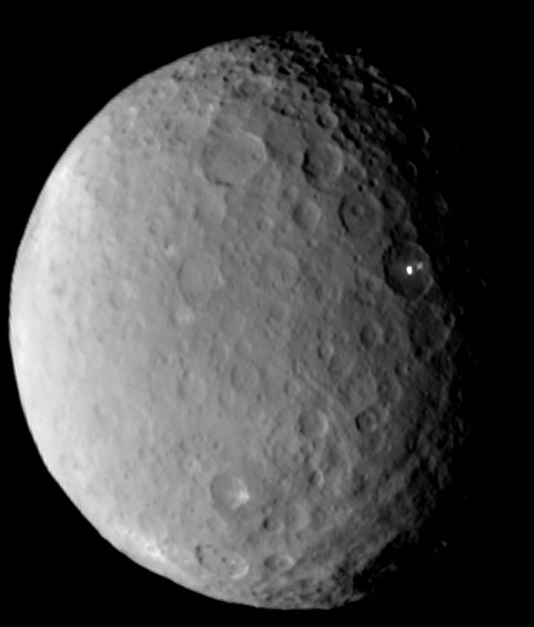 What's the spot on World Ceres? Can you guess what's creating those unusual bright spots on Ceres? On March 6, NASA's Dawn spacecraft began orbiting Ceres, the largest body in the main asteroid belt between Mars and Jupiter. Even before the spacecraft arrived at the dwarf planet, images revealed mysterious bright spots that captivated scientists and observers alike. Until Dawn gets a closer look over the next few months.

Dawn's mission to Vesta and Ceres is managed by the Jet Propulsion Laboratory for NASA's Science Mission Directorate in Washington. Dawn is a project of the directorate's Discovery Program, managed by NASA's Marshall Space Flight Center in Huntsville, Alabama. UCLA is responsible for overall Dawn mission science. Orbital ATK, Inc., of Dulles, Virginia, designed and built the spacecraft. JPL is managed for NASA by the California Institute of Technology in Pasadena. The framing cameras were provided by the Max Planck Institute for Solar System Research, Gottingen, Germany, with significant contributions by the German Aerospace Center (DLR) Institute of Planetary Research, Berlin, and in coordination with the Institute of Computer and Communication Network Engineering, Braunschweig. The visible and infrared mapping spectrometer was funded and coordinated by the Italian Space Agency and built by SELEX ES, with the scientific leadership of the Institute for Space Astrophysics and Planetology, Italian National Institute for Astrophysics, Italy, and is operated by the Institute for Space Astrophysics and Planetology, Rome, Italy. The gamma ray and neutron detector was built by Los Alamos National Laboratory, New Mexico, and is operated by the Planetary Science Institute, Tucson, Arizona.