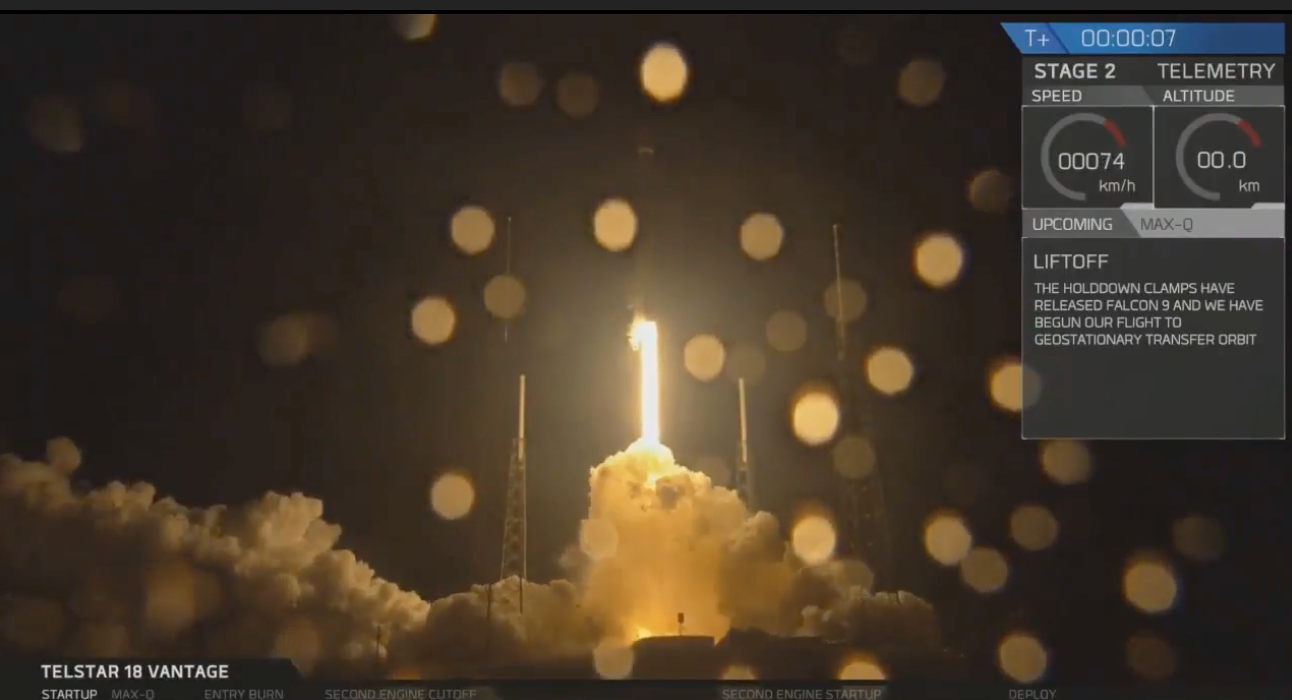 Following stage separation, the first stage of SpaceX's Falcon 9 landed on the “Of Course I Still Love You” droneship stationed in the Atlantic Ocean.

Telstar 18 VANTAGE is the third high throughput satellite (HTS) in Telesat’s global fleet and the first with coverage over the Asia Pacific region. Its innovative payloads will provide Telesat’s customers with a new level of performance and value to serve growing satellite broadband requirements on land, at sea and in the air. 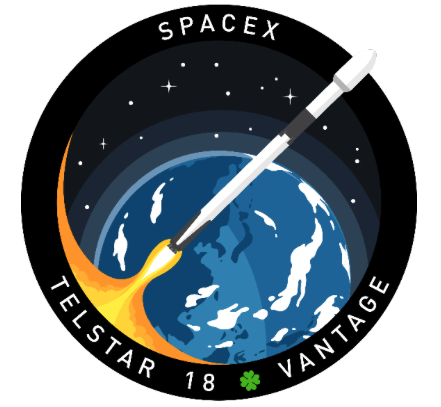 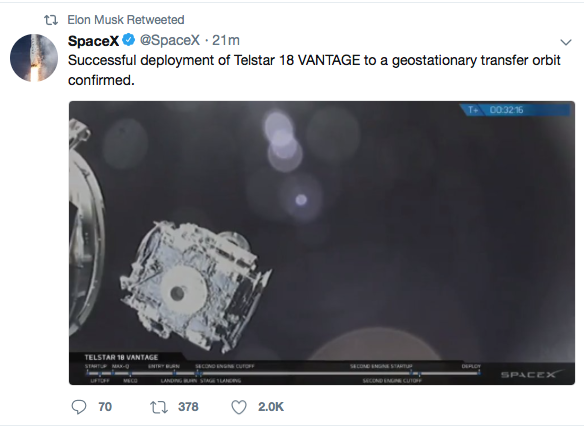 Built by SSL, a Maxar Technologies Company, Telstar 18 VANTAGE will replace and expand on the capabilities of Telesat’s Telstar 18 satellite through its extensive C-band capacity over Asia, its Ku-band HTS spots over Indonesia and Malaysia, and its five additional Ku-band beams.

Located at 138 degrees East, the coverage of Telesat’s newest satellite reaches across Asia all the way to Hawaii — in both C and Ku-bands — enabling direct connectivity between any point in Asia and the Americas.

Telstar 18 VANTAGE is expected to enter commercial service this fall after it has completed orbit raising and on-orbit testing. The satellite has a 15-year design life.