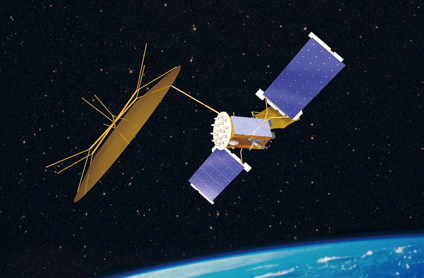 Getting ready for another launch this time for US Navy.

The fifth Mobile User Objective System (MUOS) satellite built by Lockheed Martin (NYSE: LMT) for the US Navy was encapsulated in its protective launch vehicle fairing on June 4. It is scheduled to launch June 24 aboard a United Launch Alliance Atlas V rocket.

MUOS-5 is the latest addition to a network of orbiting satellites and relay ground stations that is revolutionizing secure communications for mobile military forces. Users with MUOS terminals will be able to seamlessly connect beyond line-of-sight around the world and into the Global Information Grid. MUOS’ capabilities include simultaneous, crystal-clear voice, video and mission data over a secure high-speed Internet Protocol-based system.

The MUOS-5 satellite joins four MUOS satellites already on orbit and four operational ground stations, providing near-global coverage including communications deep into polar regions. More than 55,000 currently fielded radio terminals can be upgraded to be MUOS-compatible, with many of them requiring just a software upgrade.

Once fully operational, MUOS will provide users with 16 times more communications capacity than the legacy system it will eventually replace.

Lockheed Martin manufactured MUOS-5 at its Sunnyvale, California facility. In March, the satellite shipped to the Cape, where it was pre-launch processed and finally encapsulated at Astrotech Space Operations, a wholly owned subsidiary of Lockheed Martin.

The Navy's Program Executive Office for Space Systems and its Communications Satellite Program Office, San Diego, California, are responsible for the MUOS program.